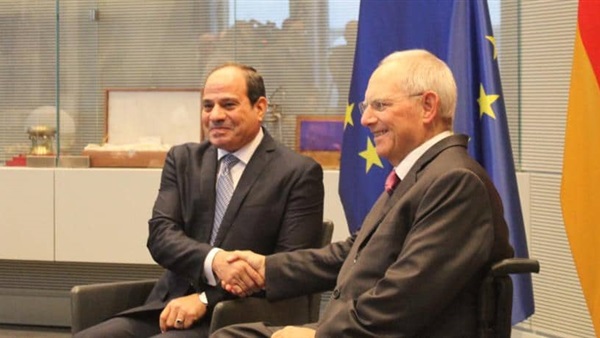 It also affirms strong ties between the Egyptian and German sides at the bilateral and regional levels, the SIS added in a report released on Monday.

President Sisi is taking part in the summit upon an invitation from German Chancellor Angela Merkel to open up channels of dialogue among the participating heads of state and governments to promote the business climate and increase investment opportunities in Africa, the SIS added.

The African-German Business Association will organize a conference on investment on the sidelines of the CwA summit. It will be attended by representatives of companies that have investment projects in Egypt, Ethiopia, Benin, Burkina Faso, Ivory Coast, Ghana, Guinea, Morocco, Rwanda, Senegal, Togo and Tunisia, the SIS noted.

A discussion panel will be organized on the fringe of the summit to discuss increasing German direct investments in Africa, as well as probing means of deepening the G20 Africa Partnership.

The closing session of CwA will tackle ways of fostering economic cooperation between Africa and G20 member states, with a view to elevating growth rates and benefiting from new partnerships between investors and development institutions on the continent.