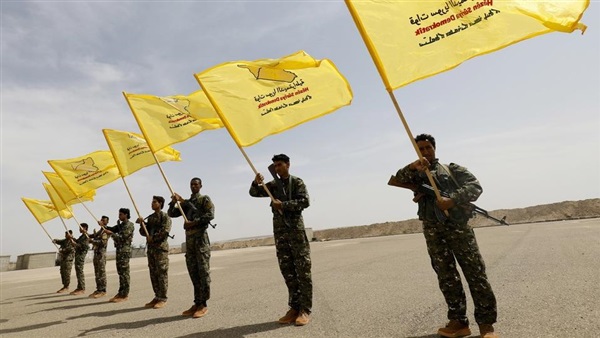 Despite international warnings to President Recep Tayyip Erdogan that Daesh terrorists may escape from SDF prisons, he has ordered Turkish forces to launch Operation Peace Spring in northern Syria, October 9, 2019.

International fears of the revival of Daesh have turned into reality, contributing to the elimination of the efforts of the SDF and the International Coalition, both of which succeeded in defeating the terrorist organization in the battle of Baghouz, March 2019.

“We have proof that Turkey used Daesh to attack northern Syria. For the sake of truth and justice, an international court for Daesh fighters should be created in northeastern Syria where Daesh committed its crimes,” Abdi added on Twitter.

Ankara relied on Daesh terrorists, which has long been funded and sponsored by the Turkish state, with the aim of bringing about a complete demographic change in northern Syria that serves Ankara's interests and contributes to its expansion at the expense of the Syrian state.

“Turkey is planning a demographic change to serve its interests in northern Syria,” a spokesman for the SDF said on Twitter.

The Peace Spring Operation was not the first of its kind for the Turkish regime in northern Syria, as Ankara launched two previous operations, the first under the name of the Euphrates Shield, 2016, and the second Olive Branch, 2018, both of which bear the overt objective of Erdogan's announcement. His desire to remove the SDF and other organizations which are deemed terrorist in Turkey from his country's borders.

This operation, however, is different from its predecessors as it comes as Daesh terrorists are captured in prisons of the Syrian Democratic Forces, after years of war, which makes its implementation threatens the escape of thousands of Daesh terrorists from these prisons, which already happened in Qamishli.

The United Nations demanded in an official statement on November 4, 2019, the need to stop the proposals of the Turkish regime, aimed at resettling the families of mercenaries and terrorists in the north of Syria, under the pretext of establishing a safe area and the return of Syrians, according to the German news agency.

Political researcher Abdul Hamid Tawfiq has said in an interview that Erdogan seeks to implement his project to occupy Syria under false pretexts,using all methods, including Daesh terrorists who have been receiving support from Ankara for a long time.

There are other elements of Erdogan's plan that lie in the educational and cultural dimensions to change the demography of Syria through Turkish universities and the integration of Turkish language into the Syrian curriculum, which confirms the false allegations of the Turkish President to respect the independence and sovereignty of Damascus.