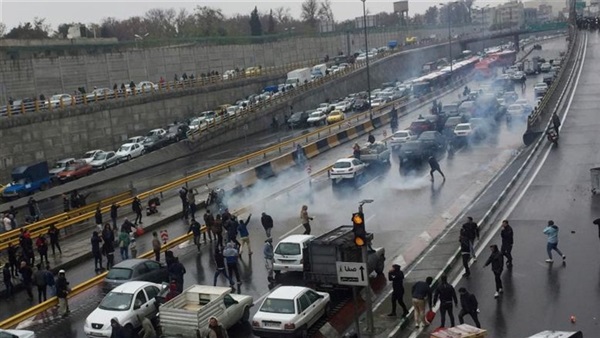 Arab protesters have inspired Iranians to demonstrate in a country, which has sought to spread chaos. The demonstrations broke out in Iraq and then swept Lebanon.

Iran’s official news agency IRNA quoted Hosam al-Din Ashna, the adviser of the Iranian president, as saying that Iran “is not Iraq or Lebanon”, commenting on demonstrations in most Iranian cities.

Maryam Rajavi, the leader of the Mojahedin Khalq, has urged Iranians to join the demonstrations to overcome poverty, which has been incurred by the Iranian mullah regime. Iran’s regime has made the poor poorer by tripling the price of fuel.

For his part, researcher Mohamed Abbady, an expert on Iranian affairs, said a number of demonstrations broke out in Lebanon, Iraq and Iran in a very short time.

“The Iranian regime failed in winning the Arab people in the countries, where Tehran is influential. The recent demonstrations have exposed the weakness of Iran’s propaganda,” Abbady told THE REFERENCE.