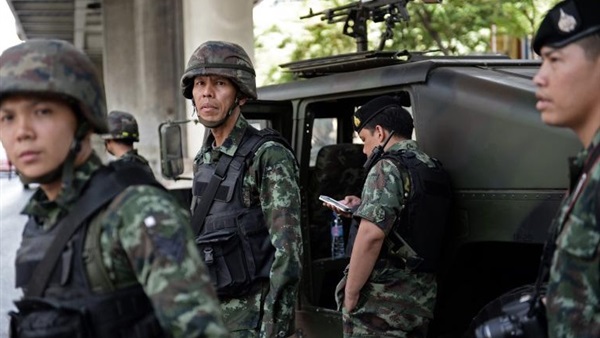 On a cold autumn evening in southern Thailand, members of the Thai Volunteer Defense Corps – a government-allied paramilitary force – stopped a group of villagers at a checkpoint in Yala province.

While the defense volunteers searched the villagers, unknown assailants attacked the checkpoint, leaving 15 of the government-allied forces dead and five others injured.

Following the attack, Thai Prime Minister Prayut Chan-o-cha held a meeting with senior security officials to discuss the status of Thai military forces in the region and to discuss the rebellion by armed ethnic Malay Muslim groups.

The attack brought to the fore the armed conflict in southern Thailand, which is one of the world's most neglected armed conflicts despite its effects on international security.

According to the Soufan Group, a US-based international security and intelligence consultancy firm, the armed conflict between Muslims and Buddhists in the Malay Peninsula is one of the least covered and analyzed in the world.

The conflict began in the southern Thai provinces of Yala, Pattani and Narathiwat in the late 1950s. It flared up again in 2004 and intensified for two years, while the year 2019 saw a decrease in militant activity until they launched their latest attack on the Volunteer Defense Corps about two weeks ago.

The conflict, which has killed 7,000 people over the past 15 years, involves a number of local armed Islamist groups, most notably the National Revolutionary Front (BRN), an Islamist group seeking Pattani independence.

In 2013, armed groups and the Thai military began rounds of negotiations brokered by the Malaysian president, but the military halted the talks shortly after they began.

The Thai government and military deny accusations by human rights groups of abuses against Malay Muslims.

The military attempted to renegotiate with armed groups in 2014, but the negotiation efforts faltered, with violence erupting again in southern Thailand.

In recent years, armed groups in southern Thailand have begun to adopt similar tactics to those of ISIS, including beheadings and burning bodies.

The Soufan Group warned that the new wave of violence may be more sophisticated, systematic and severe, expected to include ambushes, assassinations of government officials and civilians alike, and the use of improvised explosive devices, in addition to coordinated attacks such as the attack two weeks ago against the Volunteer Defense Corps, so as to draw the attention of the media and the government.

In the same context, the Brussels-based International Crisis Group (ICG) and the Swiss-based World Economic Forum (WEF) warned of the escalation of what they called the "jihadist tide" in Thailand.

WEF issued a report titled "Jihadism in Southern Thailand: A Phantom Menace" that warned of a new dawn of terrorism emerging from southern Thailand after the defeats faced by ISIS.

According to the report, al-Qaeda and ISIS have so far failed to achieve any significant breakthrough for armed groups fighting the Thai army, adding that both groups exploit conflicts around the world in which Muslims are apart.

Southern Thailand is surrounded by a ring of terrorist groups that have pledged allegiance to ISIS. They are active in the Philippines, Indonesia and Malaysia.

The terrorist organization succeeded in establishing branches by working from the bottom up, as described in the report, taking advantage of the groups that announced their allegiance to it.

According to the Soufan Group and the World Economic Forum, there is still no evidence that any armed groups in southern Thailand have joined al-Qaeda or ISIS due to their rejection of the latter two’s Salafi-jihadist ideology.