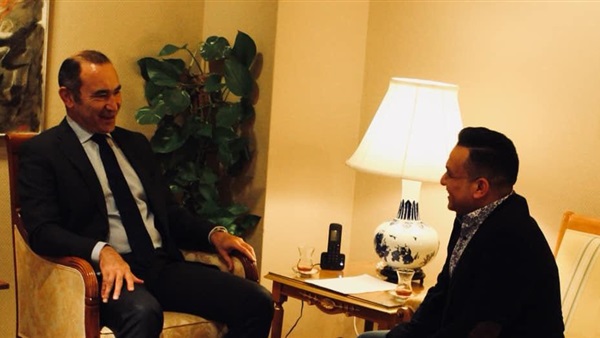 ·       The bilateral relations between Egypt and Germany have witnessed significant development and great leap in all fields.

·       The German president loves Egypt and appreciates its pivotal role

·       We will seek for strengthen the Egyptian-German relations.

Ambassador Khaled Galal Abdel Hamid served at the Ministry of Foreign Affairs for up to 35 years ago. He was promoted to the post of Ambassador in 2011. Galal, who was Assistant Foreign Minister for Minister’s Cabinet Affairs, replaced Badr Abdel Atti as ambassador to Germany.

Having presented the credentials, the new Ambassador held a meeting with President Frank-Walter Steinmeier and discussed regional and international issues of mutual concern.

Galal has started his mission with preparations for President Abdel Fattah El Sisi’s visit to Germany.

Sisi’s visit will begin in the coming days. In addition to holding official meetings with the German Chancellor, the German President, and the Speaker of Parliament, as well as a number of ministers, officials and heads of Major German companies.

The Egyptian ambassador further affirmed that his priority is the visit of El Sisi to Berlin, adding such visits are an opportunity to evaluate the files between the two countries.

President El Sisi and German Chancellor Angela Merkel have excellent working relations and understanding on many issues leading to a convergence of views, Galal said.

The visit also will review the executive position of the projects and agreements previously agreed upon, and try to overcome obstacles if any, as well as build on these future relations.

Sisi also, Galal said, will meet a number of ministers and officials and Major German companies.

There will be an opportunity to sign a number of economic and investment cooperation agreements, and protocols of cooperation in a number of files, including the file to the cultural development Alatony museum in Minya, with German.

After El Sisi’s meeting with German FM in Cairo, the president called for increasing the German schools in Egypt to 70, which I consider a priority for my work in the coming period.

The relations are going through a golden and very progressive and advanced phase in all fields. It is not only limited to political coordination or a relation of trust between the leaderships of the two countries but it also extends to include all economic, trade, social, education and cultural sectors and vocational training,” Galal said.

Egyptian-German relations are based on a real partnership; and this is a realistic statement without any exaggeration, the relation of El Sisi with Germany was the cornerstone for developing a new phase in the bilateral relations.

Ambassador Khaled Galal said he will seek to focus in what the German side can offer in light of our many urgent needs, especially the education file, the energy sector, in addition to the exploitation of the Suez Canal economic zone to establish German industries and warehouses for their products.

So far, there are no German industries in the economic zone in eastern Port Said and around the Suez Canal.

He affairs that he will seek to increase the opportunities of vocational and technical training that is characterized by Germany, as well as interest in cultural cooperation between the two countries.

Also, I hope to increase the number of the German tourists and achieve a big breakthrough in this area, especially since Egypt has great ingredients we must exploit them significantly, and not stop at a certain number.

He also discussed with the president the role of Egypt in Libya and the complexities of the current scene, especially as Germany is working to bring together the various parties to reach a political solution.

The German president was also interested in the situation in Gaza, the humanitarian situation, how Egypt supports the Palestinian people, and what has been achieved regarding the internal Palestinian reconciliation.

The German president was also keen to know the details of the situation in Egypt and the current circumstances, the process of development and economic transformation and the dimensions of ambitious economic plans within the framework of the comprehensive economic program.

Regarding to the German foreign policy and its role in the Middle East, Galal said that the German Defense Minister Krump Karnbaur's proposal to create a safe zone in northern Syria is an important development in his country foreign policy.

Taking about the Egyptian-European relations in light of the depth of relations with Berlin, the Ambassador referred to the effect of Ursula von der Leyen after taking office as President of the European Commission.

He pointed out that will have a great role in understanding the Egyptian role and its dimensions in the crises of the Middle East and other issues of interest to Egypt and the European Union. 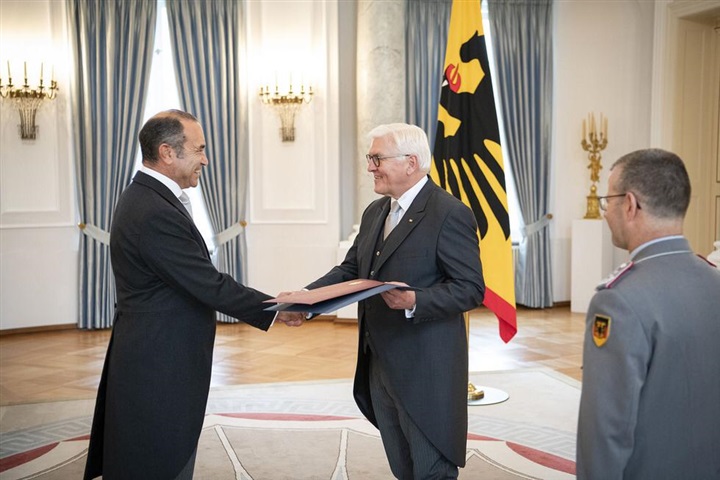