After confirming his visit to Washington: A campaign to expose Erdogan's suspicious role in supporting terrorist organizations 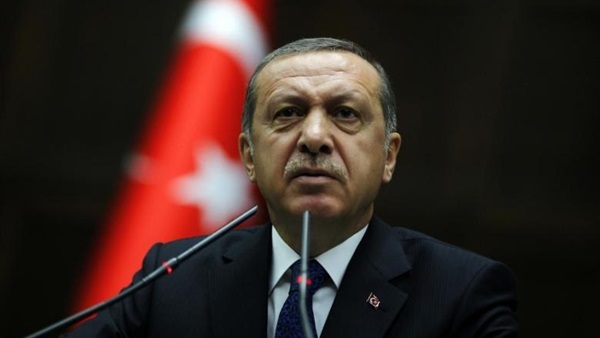 European research organizations launched a campaign to expose Erdogan in the United States and revealed its suspicious role in supporting terrorist organizations, after US President Donald Trump confirmed his Turkish counterpart's visit to Washington on Wednesday 13 November 2019.

The Investigative Journal website has announced that it will organize an important conference, titled “The End of the Game for Erdogan: Turkey's Strong Grip in Syria and America,” at the National Press Club in Washington, November 11, 2019.

TIV will also publish an exclusive report the day before the conference, written by former Turkish police chief Ahmet Yayla.

During the conference, Yayla will present a 15-minute presentation summarizing the findings of its report and exposing Turkish intelligence activities in the United States and sponsoring terrorist groups such as the Muslim Brotherhood and other extremist groups on American soil.

Since the Turkish president came to power in 2003, his administration has been providing massive financial and logistical support to Brotherhood organizations around the world, especially Europe.

Erdogan worked to do so to strengthen his influence throughout the EU, as well as his close support for Brotherhood networks.

According to the magazine, the Turkish regime has begun to provide tremendous support for networks linked to the Muslim Brotherhood, which in turn polishes its image, party and government, especially in countries with large Turkish communities such as Germany, Austria and the Netherlands.

The Foreign Policy pointed out that the branches of the Muslim Brotherhood has set up business projects in Istanbul, where political and financial support from Ankara, and members of the group runs their work and space stations from Turkey freely.

The researcher in the Turkish affairs Karam Said said that the volume of Brotherhood investments in Turkey is so great that it has become a significant figure within the Turkish economic system.

He said in a statement to the Reference that dozens of leaders of the Muslim Brotherhood in the world found in the Turkish president a safe haven; to revive the organization, which has been seeking for decades to strike the concept of national state in the region.