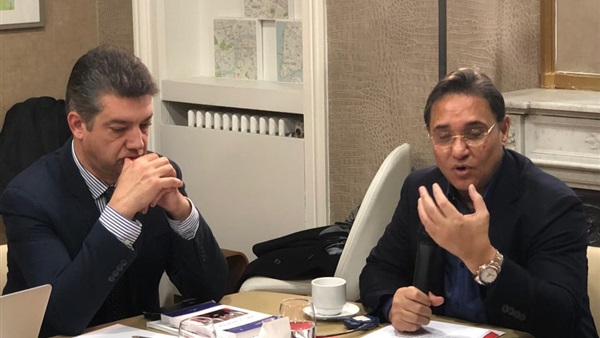 Director of the Middle East Center for Studies in Paris (CEMO), Abdel Rahim Ali, said Friday that some Muslim Brotherhood lawmakers and government officials travelled to Turkey to receive after the Muslim Brotherhood reached power in Egypt, following the 2011 uprising.

What came to be known as the "Arab Spring", he said, gave Turkish President Recep Tayyip Erdogan hopes that his country could play a leading role in the Middle East.

He added at a seminar by CEMO in Paris, titled "Turkish foreign policies and their disastrous consequences on Europe", that Erdogan turned Istanbul into a meeting point for the members of the international organization of the Muslim Brotherhood.

The meetings organized in Istanbul gave the members of the international organization of the Muslim Brotherhood more freedom to express themselves, he said.

The meetings the same members held in Europe were always closely watched by European governments, he added.