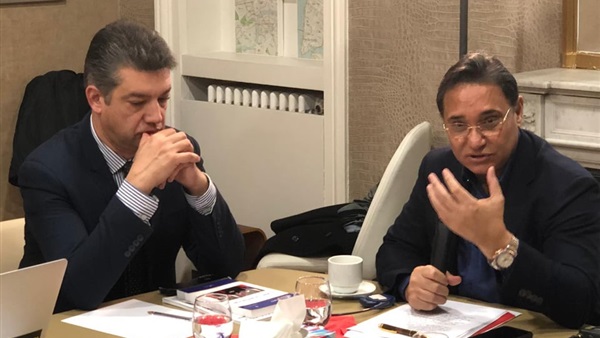 Director of the Middle East Center for Studies in Paris (CEMO), Abdel Rahim Ali, revealed Friday that the US Embassy in Ankara described the members of the movement in a 2004 cable as "arrogant".

The embassy, he said, said the members of Milli Gorus liked to pit Islam against democracy and viewed the world as a "bunch of conspirators" against the Islamic religion.

He added at a seminar by CEMO in Paris, titled "Turkish foreign policies and their disastrous consequences on Europe", that in the same cable, the embassy described the members of the Justice and Development Party inside the movement as a minority that has no value without the party.

Nevertheless, it added, these members are influential inside Turkey, Ali said.

The US Embassy noted also that Gul was close to the movement as far as his way of thinking was concerned, he added.

He noted that the embassy also said that Erdogan was a bit close to the center.

He added that joining the European Union was a top priority for Erdogan.

Ali said that in 2004, Erdogan told more than 3 million Turkish citizens that Turkey was already inside the European Union.

At the time, between 7 and 10 million Turkish nationals lived in Europe, Ali said.

The army chief decided then to keep the Turkish army away from politics, he added.

He said in 2002, the Turkish army chief said there would not be any military coups in Turkey if this was Europe's condition for Turkey to join the European Union.

The service men used to say that they would stay away from politics in return for allowing Turkey to join the European Union, otherwise Islamists would rise to power in their country, he said.

Nevertheless, Europe and the US had apparently had a different vision, he added.