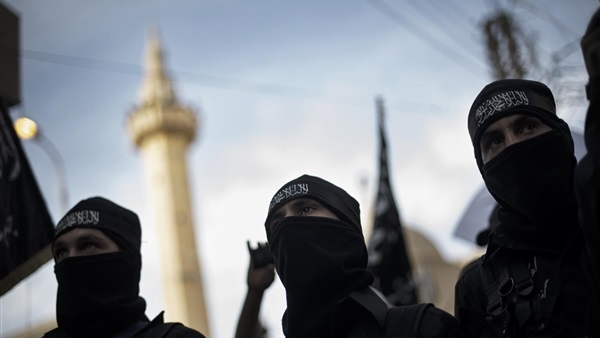 A Dutch study confirmed that Abu Bakr al-Baghdadi, the former leader of the ISIS terrorist organization, had a personality that managed to transform a security organization into a militant army that controlled many provinces and cities for nearly four years.

The study by Adham Karam, published by the European Center for Counterterrorism and Intelligence Studies on Monday, November 4 under the title “After the Killing of Baghdadi: ISIS and the Perpetual War”, said that while the killing of Baghdadi is a severe blow to ISIS as a whole, especially after it had already passed through a military and logistical collapse following its loss of its “caliphate” territory, this does not mean the organization’s end.

Karam explained that ISIS is an ideological extremist organization whose pillars are strengthened and supported by extremist religious ideas, adding that it may be affected a little or a lot by the death of one of its leaders, but the intellectual and ideological structure will generate a new leadership that appears publicly.

Attempts by al-Qaeda, led by Ayman al-Zawahiri, to exploit ISIS’s situation following Baghdadi’s death may emerge by inviting or co-opting some of the ISIS leaders to return to the parent organization, Karam explained.

He pointed out that previous intelligence indicators confirmed the occurrence of meetings in Syria between leaders of ISIS and al-Qaeda, adding, “The killing of Baghdadi was in the village of Barisha, specifically inside the house of Abu Mohammed al-Halabi, a well-known leader of the al-Qaeda-affiliated organization Hurras al-Din (Guardians of the Religion), which is hostile to the ISIS terrorist organization, confirming the rapprochement and theoretical harmony.”

According to the study, Baghdadi’s presence likely means one of two things. One is confirmation of the existence and continuation of negotiations and understandings between ISIS and al-Qaeda to reconcile and unite their fronts, or even Zawahiri pledging allegiance to Baghdadi by means of Halabi.

The other is Halabi’s allegiance Baghdadi and joining the ranks of ISIS, especially as he sheltered the ISIS leader in his house and was killed with his family during the attack by US forces.

The collapse of ISIS does not mean its end

ISIS is not the same organization it was in 2014 in all aspects, including “financial, logistical, leadership, propaganda and organizational,” according to Karam, who explained that ISIS lost a lot of its leadership and wealth by losing the land it controlled in Iraq and Syria. He pointed out, that dispersed groups currently operate in a decentralized manner and often unable to launch attacks as deadly as before.

Despite all the defeats suffered by the organization, which culminated in Baghdadi’s death, it cannot be said that ISIS has been eliminated, the study stressed, pointing out that the balance may be disrupted again and the organization could expand as before, especially with the survival of its terrorist cells in many Iraqi and Syrian provinces, in addition to the presence of terrorist organizations in Asia and Africa that still adhere to their allegiance.

According to the study, the difficulty of eliminating the organization comes from the fact that it has a flexible ideological and organizational structure that can adapt to variables. What enhances the organizational status of its cells is the acquisition of combat, military and security experience during the previous years.

It can be said that the organization is going through its worst stages, the study explained, but what prevents its elimination is its sectarian ideology that was and continues to feed the pillars of its survival, which include “intellectual, organizational, propaganda, security, military and moral,” stressing that this requires comprehensive and tremendous efforts in all political, security, educational and economic aspects.

The study ruled out any radical changes to the structure of the organization at the present time, especially since the terrorist cells deployed in Iraq and Syria work in a decentralized manner, rely on their field capabilities, and are trying to find alternatives to finance themselves. Also, they do not communicate with the governors or top leaders except with great difficulty and after long periods of time.

According to Karam, the current period may represent a very important and sensitive stage for the fight against terrorism. He stressed that this stage could weaken the organization a lot, eliminate it, or enter it into a dormancy that could extend for several years.

He stressed that all intelligence efforts must be used to collect and analyze information about the new terrorist leadership in all respects, so as to eliminate it or exploit the weaknesses in the new leadership structure, and to attempt to penetrate them and capture a large number of them.

Karam stressed that the combat and offensive capabilities of the organization and its terrorist cells should not be underestimated, especially in Iraq, despite its disintegration and weakness. He pointed out that the organization is still launching attacks, although not very effectively, with up to five attacks a day across the country. In addition, it is not undeniable that Baghdadi's successor will inherit, albeit weak, an organization that may be stronger than the former leader had received in 2010.

US President Donald Trump announced in a speech on Sunday, October 27 the death of Baghdadi in a military operation carried out by US forces in Idlib, northern Syria, after the terrorist leader detonated a suicide vest for fear of capture.

On Thursday, October 31, ISIS confessed to the killing of Baghdadi and Abu Hassan al-Muhajir, the group's second-in-command, and announced the appointment of Abu Ibrahim al-Hashimi al-Qurashi as Baghdadi’s successor, with Abu Hamza al-Qurashi as his spokesman.