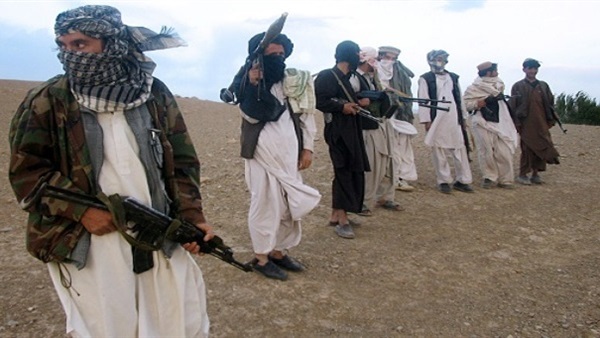 Mohib, a strong critic of earlier US-Taliban negotiations that excluded his government, said the Taliban no longer operate as a cohesive body and some commanders may have joined Daesh.

"If the Taliban really want peace, they should prove how much control they have over their commanders and how much they really obey their commands," Mohib said at a press conference.

"Our suggestion is for a one-month ceasefire, followed by negotiations."

Observers have sometimes questioned whether there is a disconnect between the Taliban's political wing, based in Doha, and its military commanders in Afghanistan.

The insurgents have repeatedly rebuffed previous calls for a ceasefire, but last year they downed weapons for a historic, three-day truce.

Mohib, Afghanistan's former ambassador to the US, said any future negotiations should include his government, as well as Pakistan, which has long been accused of backing the Taliban.

"Pakistan should provide a guarantee that they will not support the Taliban or other groups like them and not give them safe havens," he said.

The announcement comes as an invitation to the Taliban to enter negotiations again, which comes after a few days after the quartet meeting of officials of the United States, China, Pakistan and Russia, on 24 and 25 October, during which Beijing was agreed to be the new location for talks.

The speech also aimed at highlighting differences and splits within the Taliban, and that the leaders are no longer in control over their armed elements on the ground, and that there is a complete separation between the political and military leadership of the group.

The US spent the past year pushing for a deal with the Taliban that would have seen the Pentagon pull thousands of troops from Afghanistan in return for security guarantees.

But President Donald Trump cancelled talks last month as Taliban attacks continued, including one that killed a US soldier.

Political science professor Nourhan Al-Sheikh told The Reference in an interview that Washington is the most effective party in Afghanistan’s political scene, therefore, it is deemed difficult for negotiations to resume, as this might require time.

Zalmay Khalilzad, the US special envoy leading talks for Washington, welcomed a proposal from China to host a fresh meeting bringing together Afghan officials and the Taliban, and last week the US and Europe issued a joint statement saying: "Sustainable peace can only be achieved through a negotiated political settlement."