Counterterrorism must go beyond elimination of leaders: Report 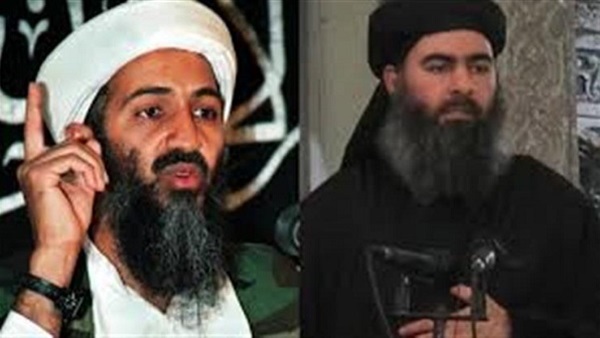 A recent report has said US counterterrorism strategy must go beyond the elimination of terrorist leaders, as despite that the death of Daesh leader Abu Bakr Al-Baghdadi is considered to be significant, the strategy itself seems to be failing.

The report, published by The Media Line, quoted Michael Howell, a background investigator for the defense contractor Perspecta, as saying that the humiliating language coming from President Donald Trump was important to note.

“This imagery was used in an attempt to weaken Daesh’s morale by ruining a vision of a powerful caliphate and leader so that potential recruits of the terrorist organization will think twice before joining,” he said.

“Baghdadi’s death not only brings justice for so many, it also crippled the strategic and recruitment strategy of the organization,” he added.

Wesley Yates, a former US Navy intelligence analyst, also told The Media Line that the method of Baghdadi’s death sends a pretty strong message that even the leader was willing to take the same way out.

Dr. Mia Bloom, a professor of communications and Middle Eastern studies at Georgia State University, said that people “feel better” when a terrorist leader is assassinated.

“But the ideology has metastasized in such a way that it has spread to Asia and Africa with affiliate groups,” she added. “The loss of Baghdadi, who was more of a figurehead, doesn’t mean the group ends.”

At one point, Bloom notes, Daesh was a functioning state.

“It’s the worst of what terrorist groups generally have done, but a small group, not as popular as al-Qaida globally, and wasn’t able to commit an attack like 9/11,” she said.

“Definitely not as influential and successful, but still very important in the sense that it was able to hold territory for quite some time, and it showed how quickly it was able to take over Iraq after the United States had put so much money into the country.”

The US and many other nations have been fighting the so-called war on terror for nearly two decades now, and no end is in sight, the report said.

“We don’t really have a Middle East policy,” Bloom said. “We have a lot of reactions via ‘tweet,’ but not a coherent State Department. We need to figure out the US’s interests and how we support those.”

Moreover, Dr. Emile Nakleh, director of the University of New Mexico’s Global and National Security Policy Institute, has been tracking US counterterrorism successes since his retirement from the CIA during the administration of president George W. Bush.

Nakleh includes the announcement of Baghdadi’s death as part of a trilogy of successes, along with the 2006 killing of al-Qaida leader Abu Musab al-Zarqawi in Iraq, and the 2011 killing of bin Laden in Pakistan, yet told The Media Line that the US must develop a more effective and deeper strategic policy.

“The question goes beyond [these successes],” he said. “We have yet to address the root causes of terror. What are the factors that drive people to extremism and help mobilize alienated, disgruntled youth?”

Several other experts are asking similar questions, hinting that perhaps traditional military counterterrorism should not be the conversation after all.

“The reality is that we haven’t been willing to address some of the more systemic issues that contribute to people choosing to use violence as a means for political activism, and I don’t think one man’s [Baghdadi’s] death changes that,” Williams said. “We are always focused on the urgent, and not the important.”

“While Baghdadi’s death is a psychological blow to Daesh, in reality it will not affect the operational side of its affiliated networks across the Muslim world,” he said. “These plans for terror will continue regardless of whether a leader is dead or alive.”