US risk report reveals decline in terrorism rates in Egypt, warns of ISIS presence in Sinai 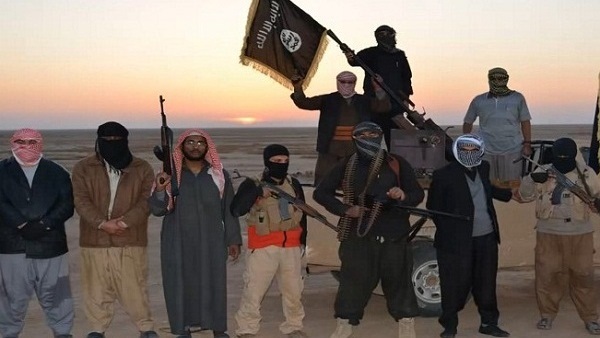 International reports indicate that countering terrorist operations in Egypt has improved over the past years, as demonstrated recently by a global assessment conducted by the American company Marsh, one of the world's leading companies in the field of insurance brokerage and risk management.

According to Marsh’s Terrorism Risk Insurance Report 2019, Egypt ranked third among the countries with the biggest decline in the level of terrorist threats globally between May 2018 and May 2019, bringing Egypt's rating to 7 points against -1 in the previous report.

Terrorism insurance is a policy covering losses or damage to buildings and their contents against terrorist threats and can also cover loss of income and additional expenses incurred.

Marsh provides assessments across safety, trade and investment environments around the world. The higher the assessment, the greater the risk of the environment.

The report said its assessment of Egypt on the terrorism risk scale fell due to the state's counterterrorism campaign in February 2018, which reduced attacks on the western Suez Canal.

The report noted, however, that ISIS still maintains capabilities in Sinai and is likely to continue attacks on religious minorities and security forces there, adding that Sinai tourist resorts are likely to be targets of terrorist operations, although risks can be mitigated through adequate security measures.

Meanwhile, Counterterrorism Law No. 94 of 2015 has also provided for a compulsory insurance policy against risks of terrorist crimes if they occur to the military or police.

Article 54 of the law says that the state “is obliged to conclude a compulsory comprehensive insurance policy with insurance companies to cover all dangers arising from terrorist crimes affecting any member of the armed forces or police forces charged with combating terrorism once they have dealt with such crimes, including cases of death or complete or partial disability. The document should include the company's obligation to pay temporary compensation to those affected immediately after the risk has occurred, deducting the insurance amount.”

The prime minister may also allocate part of the funds or proceeds that are confiscated for terrorist offenses to pay the state's obligations in the compulsory insurance policy provided for in the first paragraph of the law’s article.

The law defines a terrorist crime as any crime provided for within it, as well as any felony or misdemeanor committed using one of the means of terrorism or for the purpose of investigating or carrying out a terrorist purpose, or with the intent to call for the commission of any of the foregoing or the threat thereof, without prejudice to the provisions of the penal code.

Terrorism insurance is a program in a number of countries, including the United States, where it is called the Terrorism Risk Insurance Act (TRIA), which was signed into law by former President George W. Bush on November 26, 2002, following the September 11, 2001 terrorist attacks.

The US law allows for compensation to the public and private sectors for losses resulting from acts of terrorism. Under the law, the US administration, Congress, and state and industry officials shall coordinate to develop a long-term plan to make terrorism insurance available to everyone in the United States at affordable prices.

Former President Barack Obama extended the act on January 12, 2015 until December 31, 2020. The 2015 law included several amendments, namely reducing the premium by 20% from the previous year.

The state pays 85% of the insured losses and the state's ratio decreases by 1% annually until it reaches 80%. An attack must be classified as a terrorist act by state approval through the Treasury Secretary in consultation with the Secretary of Homeland Security, rather than the Secretary of State.