Turkey pays billions dollars to Trump and to US companies 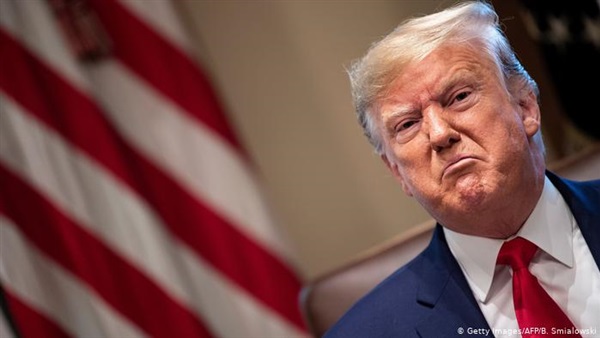 That was the same year that leaked tapes appeared to show then-Prime Minister Recep Tayyip Erdoğan instructing his son Bilal to dump massive amounts of money tied to a multibillion-dollar money-laundering scheme.

“Now, what I say is, you take everything that you have in the house out,” Erdoğan could be heard telling his son, in recordings quickly viewed by millions on YouTube and translated from Turkish by the now-shuttered Turkish newspaper, Zaman.

“What can I have on me, Dad,” Bilal replied in that transcript. “There is your money in the safe.”

Made public in early 2014, the tapes depicted Erdoğan fretting that Istanbul police conducted home raids on the top officials of his ruling Justice and Development Party and his then-ally Reza Zarrab, a gold trader charged with corrupting them. The Turkish government disputed its authenticity, but academic researchers doubted claims of doctoring.

Zarrab would implicate Erdoğan in a bribery-fueled conspiracy to violate U.S. sanctions against Iran three years later in a New York federal courtroom — a development Erdoğan tried to head off by lobbying intensely with reported help from President Donald Trump and his attorney, Rudy Giuliani.

Courthouse News studied the Justice Department’s foreign lobbying database to identify the five largest recipients of money linked to the Turkish government between 2014 and 2018: Amsterdam & Partners, Ballard Partners, Gephardt Group, Greenberg Traurig, and Mercury Public Affairs. The budgets of those five, including their subcontractors, more than quadrupled collectively during this time frame, from more than $1.7 million in 2014 to more than $7.3 million in 2018.

Bilal Erdoğan, the son from the 2014 recordings, signed the incorporation papers of the U.S.-based charity Turken Foundation just a few months after audio of him and his father caused an uproar. Turkey’s main opposition party unearthed Turken’s IRS records showing that tie in a document request. Public records show that another of Erdogan’s children, Esra Albayrak, sat on Turken’s board.

As a tax-exempt 501(c)3 corporation, Turken does not have to disclose its donors, but it reported receiving a more than $24 million contribution the next fiscal year. Spending that money lavishly, the charity paid more than $17.5 million for the sites where it is building a 32-story skyscraper in midtown Manhattan, for use as Islamic student housing. It also bought legendary boxer Muhammad Ali’s farm in Michigan earlier this year for a reported $2.5 million.

Known as Trump’s “Russian hand,” Baronoff died of leukemia two years later. Turken did not reply to an email requesting comment. Here is a breakdown of the top players in pro-Turkey lobbying and charity between 2014 and 2018.

Ballard Partners, whom Politico dubbed the “Most Powerful Lobbyist in Trump’s Washington,” made more than $4 million on two contracts: nearly $2 million from the Turkish embassy and more than $2 million from Halkbank, the Turkish state-run bank indicted just this past fall in New York. For that sum, the firm dispatched a trio of agents deeply tied to Trump’s State Department, Treasury Department and White House.

The second firm, Greenberg Traurig, tilted slightly Republican in its political donations from 2016, but it had a partner with a direct line to Trump: Giuliani. The former New York City mayor shuttled between the White House and Turkey’s capital of Ankara to push for a prisoner swap that would have blocked damning testimony from Zarrab that accused Erdoğan of ordering billions of dollars in illicit trades through Halkbank.

Giuliani’s growing reputation as a shadow secretary of state for the Trump administration, in both Turkey and Ukraine, has alarmed Democrats on Capitol Hill. Seven senators signed a letter over a year ago that asked the Department of Justice to assess whether Giuliani has complied with registration requirements for foreign agents.

Senator Tammy Duckworth, one of the signers, is still waiting for the Justice Department to respond after following up on that inquiry last month.

“I’ve asked the Justice Department twice … and I have not gotten a reply from that,” Duckworth told Courthouse News in a phone interview. “So, I’m not quite sure how Mr. Giuliani, who’s neither been elected by the American people nor confirmed by the United States Senate is out there conducting what amounts to foreign policy on behalf of the president because he’s the president’s personal attorney.”

Following publication of this story, Giuliani called the suspicions that he may have violated foreign lobbying requirements a “maliciously false claim.”

“Michael Mukasey and I were criminal counsel in a pending proceeding, seeking a prisoner exchange for Zarrab,” Giuliani said, referring to the former federal judge and attorney general who served as his co-counsel in the case. “The FARA and lobbying laws have complete exclusion for lawyers representing a client in a proceeding.”

The senators stopped short of accusing Giuliani of breaking the laws regarding foreign agents. Their letter requested an inquiry into the question from the Department of Justice, which did not respond to a request for comment.

During his clampdown on perceived opponents, Erdoğan went to war against his party’s former allies: followers of Fethullah Gülen, a Turkish-born cleric living in self-imposed exile in rural Pennsylvania. The main firm in charge of the Turkish government’s anti-Gülen offensive was Amsterdam & Partners, which hired at least 14 subcontractors, records show.

Those arrangements were properly disclosed under the Foreign Agents Registration Act. Federal prosecutors believe that the Turkish government nestled its way into murkier relationships with at least one Trump ally.