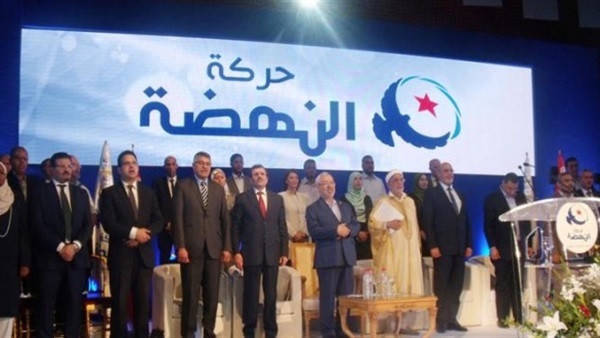 Tunisian researcher Hamza Meddeb analyzed the transformations of Ennahda, Muslim Brotherhood’s political arm in Tunisia. The researcher considered Ennahda’s key move to abandon preaching and to only focus on politics a drastic transformation during a general conference in May 2016.

Meddeb said in a study titled “Ennahda’s Uneasy Exit From Political Islam”, the determination to cease proselytizing activities and “specialize” in politics was officially affirmed during the party’s Tenth General Congress in May 2016.

Rached Ghannouchi, Ennahda’s president and longtime leader while the movement was underground, explained that this transformation was not just a means of exiting political Islam to enter “Muslim democracy,” but also the natural outcome of the party’s full participation in a democratic society. “We would like to promote a new Ennahda, to renew our movement and to put it into the political sphere, outside any involvement with religion. Before the revolution we were hiding in mosques, trade unions, [and] charities, because real political activity was forbidden. But now we can be political actors openly,” he said.

Diluting the emphasis on Islam in Ennahda’s ideology has led to an identity crisis, which will continue to create considerable challenges for the party as it reevaluates Islam as a frame of reference, grapples with the party’s neutralization as a driver of social change, and manages its core supporters at a time when it must also appeal to a broader electorate.

Thus, Ennahda is facing a difficult choice: Exiting political Islam could well create a vacuum that would benefit other, more fundamentalist groups or Salafist movements. But retaining Islam as an identity marker without offering a newly articulated ideology that connects religion and politics—one that translates Islamic values into concrete policies at the political, economic, and social level—will likely fail to satisfy both old supporters and potential new ones.

The future of Ennahda will depend on how it recalibrates the role of Islam to move beyond ideology and toward identity politics. In other words, the challenge is to shift from classical Islamism—which emphasizes religion as a source of legislation, a reference for behavior in society, and a framework for good governance—toward a more generic conservatism.

The study concluded that Ennahda’s unfinished transition could prove that an Islamist movement can adapt to a democratic context and win elections by transforming its ideology and organization, and widening its electoral base beyond its traditional religious core supporters. Ennahda’s prospects are bound to influence how other Islamist movements attempt to legitimize themselves and navigate challenges within pluralistic political settings in the future.