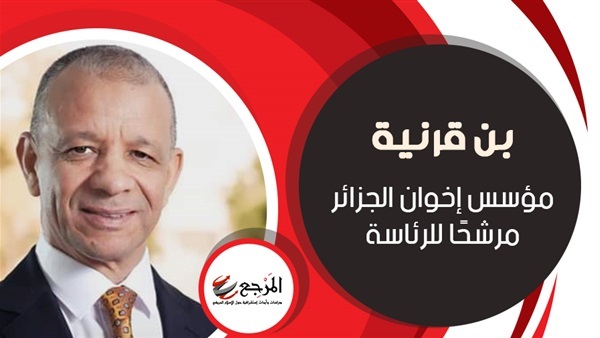 On 15 September, Algeria's interim president, Abdelkader Bensalah, announced presidential elections to for mid-December, after they had been twice delayed because of nationwide protests. This prompted politician and Muslim Brotherhood member Abdelkader Bengrina to announce his candidacy.

Around 147 had already announced their intentions to run for presidency, however, the National Authority only received 22 filed, the first one was Bengrina, amid a full absence of female candidates.

Bengrina, 57, served as minister of tourism between 1997 and 1999 in a coalition government, he previously ran for the April 18 elections that triggered the protests on 22 February.

After the nomination of Abdelaziz Bouteflika for a fifth term on his sick bed, before the president had to resigned following the pressure of popular protests in April.

“I declare before you today my candidacy for the presidency of the republic in the election due on December 12, 2019,” Bengrina said in a statement.

On the other hand, the Movement of Society for Peace and the Justice and Development Front, also affiliated with the Islamic trend in Algeria, announced that they would not submit a candidate, and refused to support the aforementioned candidate.

Bengrina was one of the first founders of the Movement of Society for Peace, known as Hamas, in the late 1980s, before disagreeing with other leaders and establishing the National Building Movement.

Bengrina collected 50,000 signatures from voters as a condition for accepting his candidacy by the newly created Independent National Electoral Authority that manages the electoral process.

In an interview on Algerian television, he said, "I am the next president of Algeria," which angered citizens who responded with the hashtag “you are dreaming!”