The Libyan with broad influence: Khalid al-Mishri of the MB ruling Tripoli 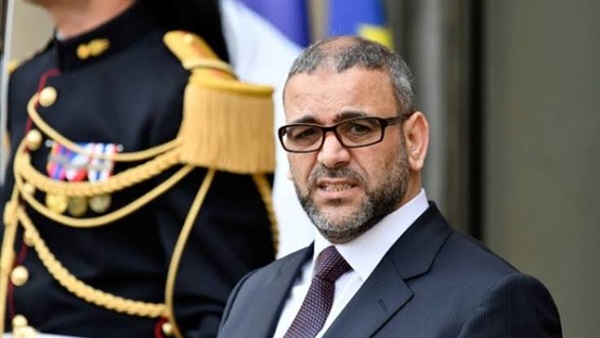 On the sidelines of the tense scene within the Libyan border, Libyan Prime Minister Khaled al-Mishri, who is affiliated with the Muslim Brotherhood, is wrapping up an African tour that began earlier this month and will travel between Ethiopia and Uganda.

The importance of the tour stems not only from the calm in which it took place away from the debates among the parties to the Libyan crisis, or for its role in winning regional supporters for the government of Al-Wefaq, but also for the seriousness of Al-Mishri himself, who led the Libyan delegation in those visits.

Much of the narrative coming out of Libya makes Mishri so important that some even describe him as the de facto ruler in Tripoli.

Since the Commander-in-Chief of the Libyan Armed Forces, Field Marshal Khalifa Hifter, has always said that the head of the Wefaq government, Faiz al-Sarraj, does not have sufficient powers to govern. There are those who control it, all fingers point to a broad influence likely Mishri, who hails from the city of Zawiya. Born west of the capital Tripoli in 1967, he grew up in the Brotherhood branch in Libya.

Al-Mishri is considered one of the prominent leaders of the group. He went through an experience in detention between 1998 and 2006, after he was found guilty of conspiring against state security and communicating with foreign parties.

Al-Mishri, a student of economics at the University of Benghazi in 1990, took advantage of the events of February 2011, which he calls the “Revolution of February 17”. He was among the planners of the Muslim Brotherhood to climb on the event.

Al-Mishri was soon among the founders of the Justice and Construction Party, the political arm of the Libyan Brotherhood, and his relationship continued with the party and the group, until he disengaged from it at the beginning of this year, and announced his resignation in a video posted on his accounts on social networking sites.

Despite the sudden and shocking resignation of the Libyan scene, many Libyan politicians and analysts consider it a formal resignation, and carry a kind of Brotherhood circumvention.

Whether or not the resignation is genuine, there is a consensus that Mishri will not be able to get rid of his Brotherhood ideas, even if he disagrees with the group administratively, and thus Mishri remains a man carrying the Brotherhood ideology, although not among their ranks.

Al-Mishri's name has emerged as one of the actors in the Libyan scene since 2011. In 2012, he held his first political position, when he became a member of the GNC on August 8 of the same year.

He then served as a member of the National Security Committee, which is scheduled from October 2012 to September 2014, after which he will chair the Finance Committee at the conference between 2012 and 2014.

Al-Mishri was Director-General of the General Authority of Endowments and Zakat Affairs in Libya, Director of the Administrative and Financial Affairs Department at the Export Development Center, Head of the Finance Department of the General Authority of Ownership, and Chairman of the Monitoring Committee of the Libyan Post, Telecommunications and Information Technology Company.

However, he remains president of the most influential Supreme Council of State. In April 2018, he was elected President of Libya, succeeding Abd al-Rahman al-Suwaihli, who assumed the presidency for two terms.

While Mishri managed to maintain his position for two consecutive sessions, the Brotherhood man treated the council as a platform to attack the Libyan army and support the Turkish and Qatari role in Libya.

In this context, he attributed to him many statements attacking the army, the most recent incitement of the international community to Field Marshal Khalifa Hifter, after the operation “Flood of Dignity” (April 2019), in repeated tours abroad.

For this reason, he understands the strong relationship between Mishri and the Libyan mufti, who is based in Turkey, Sadiq al-Gharyani;

The two have strong ties with Qatar and Turkey, both of which consider Doha and Ankara the engine of the Libyan scene, so they are said, “They are the most important men of Qatar and Turkey in Libya, and the most prominent supporters of terrorist militias.”

For this reason, Mishri keeps on touring west, north and south, seeking international support for the militia-backed government of reconciliation.