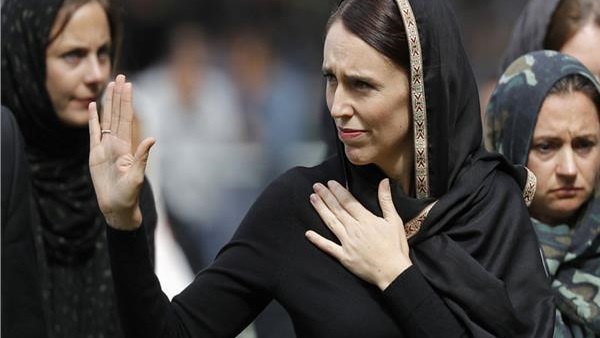 Prime Minister Jacinda Ardern warned "Kiwi jihad" Mark Taylor he would face the full force of the law if he ever returned to New Zealand.

And now the Government has given police the means to do that - but it will have to first wrangle with the Green Party and Opposition to get full support for the new law.

A human rights lawyer says a proposed anti-terrorism law is heavy-handed and appears to be tailor-made for just one man - the so-called 'bumbling jihadi' Mark Taylor.

Taylor was a real threat to New Zealanders, Little said.

He might be a bumbling idiot but he has gone there to fight, participate in and support extremist activity. He hasn't denounced his views and ideologies ... this guy is not safe."

The Bill would give the police the ability to apply to the High Court to impose control orders on New Zealanders who have engaged in terrorism-related activities overseas.

For example, if it became apparent Taylor was travelling back to New Zealand, the police would apply to the High Court for the orders, outlining the level of risk he posed and the orders they wanted.

This could include asking Taylor to report to a police station, wear an electronically monitored bracelet and imposing internet restrictions, and limit who he could see.

Taylor could apply for a review of the two-year orders, which would be open for an extension if he continued to pose a risk.

Given the recent and rapid changes in Syria, the chances of Taylor making his way back were much greater and posed enough of a risk to impose controls, Little said.

He would like to shorten the Select Committee process in order to fast track the Bill and pass it early next year.

The Greens will oppose the Bill, with Green MP Golriz Ghahraman referring to it as dog whistling and potentially racist, raising concerns about human rights implications.

Meanwhile, Opposition leader Simon Bridges said National would support the Bill through to Select Committee, where it would seek changes, such as lowering the age limit, increasing the prison term and adding new provisions such as a clause to capture those convicted of a terrorist offence in New Zealand.

"The Government needs National to pass this legislation and we will work with them in good faith but there are changes we need to see."

Little said it looked like dumb politicking on the part of National and he hoped it did not end up in a mindless bidding war.

The Bill was a proportionate response to managing risk and was consistent with New Zealand's human rights laws, he said.

Control orders would only ever be imposed on a very small number of people, he said.

"The more serious the risk, the more restrictive the conditions are likely to be."

Detectives with the National Security Investigation Team have been building a case against Taylor for at least seven months in anticipation of him returning from Syria, where he moved to in 2014 to join Islamic State.

But there was a possibility the efforts of counter-terrorism police preparing to prosecute Taylor could have been derailed by outdated laws.

The new law was a way of managing risks that could hinder criminal prosecution, such as insufficient evidence being available from current overseas conflict zones.

Taylor faced prosecution under the Terrorism Suppression Act, which states that any person who even joins a designated terrorist organisation, is liable on conviction to imprisonment for up to 14 years. Another possibility under the same act, was to commit a terrorist act, punishable by up to life imprisonment.

However, elements of this offence were complex, and would involve consideration of definitions in the terrorist act and sufficient evidence.