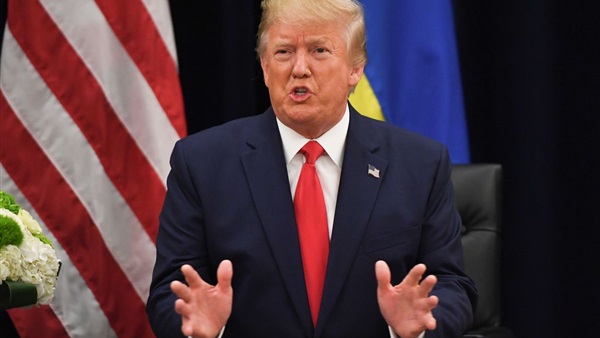 Donald Trump has been forced into a humiliating climbdown over plans to host the G7 meeting at his own luxury resort following a political outcry.

The US president announced in a Saturday night tweet that he had reversed his decision and would seek an alternative venue to host world leaders next June.

The move represented a rare admission of defeat by Trump, who typically digs in and fights to defend every controversial statement and policy.

Even in his concession, the president complained bitterly that he thought he was “doing something very good for our country” by choosing the Trump National Doral, near Miami, to host G7 leaders. “It is big, grand, on hundreds of acres, next to Miami international airport, has tremendous ballrooms & meeting rooms, and each delegation would have ... its own 50 to 70 unit building,” he tweeted.

Trump added that he had announced he would do it at no profit and at no cost to the US but, he claimed, both the media and Democrats had reacted unreasonably.

“... Therefore, based on both media & Democrat crazed and irrational hostility, we will no longer consider Trump National Doral, Miami, as the host site for the G-7 in 2020,” the president continued. “We will begin the search for another site, including the possibility of Camp David, immediately. Thank you!”

The choice of the Trump National Doral was widely condemned as the most egregious example yet of the president abusing his position to enrich himself and his business. The resort was in need of a boost: in May the Washington Post reported that Doral’s operating income had fallen 69% since 2015.

Trump’s u-turn was welcomed by ethics watchdogs. Noah Bookbinder, executive director of Citizens for Responsibility and Ethics in Washington, said: “President Trump’s decision to award the G7 Conference to his own property was outrageous, corrupt and a constitutional violation.

“It was stunningly corrupt even for a stunningly corrupt administration. His reversal of that decision is a bow to reality, but does not change how astonishing it was that a president ever thought this was appropriate, or that it was something he could get away with.”

The outcome shows that pressure works, even on Trump, Bookbinder added. “The president deserves no plaudits for doing the right thing only after public outcry forced him not to do the wrong thing. This was one corrupt conflict of interest. He’s racked up well over 2,000 of them. So we’ll keep fighting. Even late on a Saturday night.”

Walter Shaub, former director of the Office of Government Ethics, tweeted: “Blam! Never doubt that the public’s efforts to hold this corrupt administration accountable is worth all the effort!! Remember this, my friends, as we continue to fight for the integrity of our government and for democracy.”

When the venue announcement was made on Thursday by White House acting chief of staff, Mick Mulvaney, who claimed that Doral “was millions of dollars cheaper” than other facilities, Democrats immediately vowed to investigate.

House Speaker Nancy Pelosi tweeted: “The constitution is clear: the president cannot accept gifts or payments from foreign governments. No one is above the law.” House judiciary committee chairman Jerrold Nadler described the move as “among the most brazen examples yet of the president’s corruption”.

The backlash came with Trump already facing an impeachment inquiry in the Democratic-led House of Representatives and a backlash from Republicans over his decision to withdraw US troops from northern Syria, abandoning Kurdish allies. A number of congressional investigations are also scrutinising Trump’s finances and potential conflicts of interest stemming from his property business.

The US constitution’s emoluments clause prohibits government officials from receiving salaries, fees or profits from foreign and domestic governments without congressional approval.