Harvard study: 5 Takeaways from the war on terrorism in Syria and Iraq 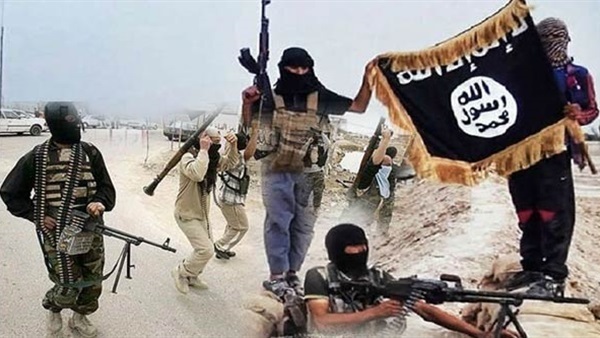 In April 2016, then-Secretary of Defense Ashton Carter said: “Our attacks on ISIL’s economic infrastructure, from oil wells and trucks to cash storage to ISIL’s financial leaders, is putting a stranglehold on ISIL’s ability to pay its fighters, undermining its ability to govern, and making it harder to attract new recruits.”

This targeting approach proved so effective that three other permanent members of the United Nations (UN) Security Council conducting operations in Syria (the United Kingdom, Russia, and France) also targeted those types of objects to deny resources to ISIS.

2-    States will continue to use Private Military Contractors (PMCs) aggressively in offensive operations.

In February 2018, a large contingent of Russian-speaking fighters accompanied Syrian regime forces in an attack on Kurdish and US Special Forces near a gas plant in Deir al-Zour province, Syria.

When U.S. surveillance equipment detected that ground forces were speaking Russian, U.S. officials contacted their Russian military counterparts. Russia repeatedly denied controlling the fighters, however, and the United States eventually ordered airstrikes, resulting in the death of a number of Russian nationals.

Eventually, the US discovered that the Russian-speaking troops were employees of Wagner Group, a Russian private military company registered in Argentina.

The number of non-state actors involved in the Syrian War, by some accounts, numbered as high as 1,000 in 2013. Many of these groups, including ISIS, the Syrian Democratic Force (SDF), Hezbollah, and Hay’at Tahrir al-Sham (formerly Jabhat al-Nusra), became extraordinarily powerful as the Syrian government collapsed.

According to a RAND study, ISIS was (and is) bureaucratic and hierarchical. This display of state-like behavior by a non-state actor in Syria was not exclusive to ISIS, as the Syrian Democratic Forces (SDF) also behaved like a non-state actor.

4-    Technology has extended the reach and lethality of non-state actors on the battlefield.

The weaponization of new technologies, however, has never been the sole preserve of states. As in Syria, non-state actors have also responded to the siren song of technological innovation, sometimes with notable results.

In Syria, ISIS’s employment of drones appeared to fulfill the long-predicted use of drones by non-state actors. ISIS’s adoption of other modern innovations, including social media, has also demonstrated how new technologies have influenced the conduct of contemporary military operations.

5-    Lack of consensus at the UN Security Council has impacted decisions of states.

The study said the lack of consensus at the Security Council has made it easier for states to justify military operations under a number of excuses like self-defense and the protection of territories.

States will bridge the gap made by the Security Council, affecting the regional and international conditions.