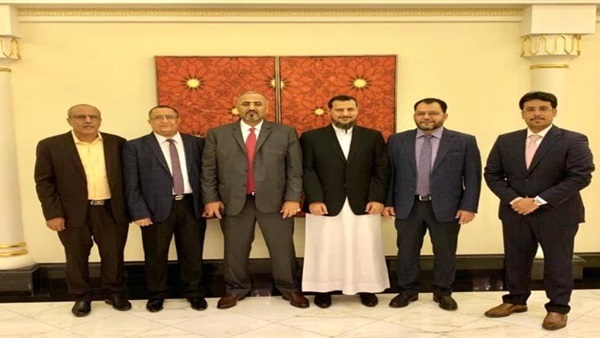 In indication of the success of the Jeddah dialogue in defusing the crisis between the government of President Abd Rabbo Mansour Hadi and the Southern Transitional Council, and put out the fire of political strife sparked by the Yemeni Congregation for Reform (Islah), the Brotherhood of Yemen. The tricks of the Al-Jazeera channel in the failure of the dialogue are clearly visible, as the results of the dialogue are approaching. The details of the informal meetings, in which representatives of legitimacy are taking part, remain confidential, while Yemenis view the outcome of the meetings as the cornerstone that will determine the course of the crisis.

The Yemeni Brotherhood and Al-Jazeera have promoted for more than a month of negotiations the allegations of the failure of the negotiations by spreading false news and information that is far from reality in an attempt to mislead the street. However, the emergence of the first outcome of the dialogue was the truth that exposed the falsehood of these allegations and revealed Doha’s plans in Yemen.

Al-Jazeera TV claimed on Saturday that it received a draft agreement between the legitimate government and the Southern Transitional Council, and stated that the draft of the Jeddah agreement includes security, military, and political clauses, stressing that the draft identified the parties to the agreement as the Yemeni government, the Southern Transitional Council and other southern components.

It also pointed to “the absorption of the Transitional Council and southern components in the government and local authority, in addition to the integration of military and security formations, in reference to the armed militia of the Council, in the structures of the ministries of defense and interior in Yemen.”

The draft agreement reportedly said referred to the "Involvement of the Transitional Council and southern components in negotiations for a comprehensive political solution," the draft said.

Yemeni politician Dr. Hussein Laqour revealed in a post on Twitter that the most important items of the real initiative on the coalition to support legitimacy in Yemen, led by Saudi Arabia and the UAE, to resolve the conflict between the Transitional Council and the Yemeni government in the Jeddah dialogue.

Laqour also pointed out that another important item of the proposal is the formation of a mini-government of the South and the North, whose ministers are technocrats, do not belong to any party, and are nominated by consensus between the Transitional Council and President Hadi, as well as Saudi Arabia and the UAE.

This is in addition to the terms of the agreement is the appointment of leaders of local authorities in the provinces of the south in agreement between the Transitional Council and President Hadi, and with the consent of Saudi Arabia and the UAE.

The Al-Jazeera leaks target the Jeddah dialogue, and writer and political analyst Hani Mashour said this comes in the context of the media war by the southerners.

"The dialogue in Jeddah is continuing under the patronage of Saudi Arabia and with regional and international support. The success of the dialogue is an important step in restructuring the legitimate institution," he said.

The political analyst added, “If the media should legitimize the work to create a positive atmosphere to accept the results of the Jeddah dialogue, rather than negative mobilization against the UAE and the Southern Transitional Council, calling on brothers in Saudi Arabia to calm, it was an opportunity to seize, rather the trauma that the deceived people have suffered with lies that sought to thwart the dialogue.”

He added in a statement that these items may be the subject of discussion between the delegation of legitimacy and the council, pointing out that these proposed items, if agreed upon, constitute a major gain for the transition and a step towards the restoration of the situation to pre-1990.

The Yemeni media explained that everyone knows the plans of the Brotherhood and Qatar to target the Jeddah dialogue in order to maintain their influence and confiscate the political decision of Hadi’s government, pointing out that Islah is working hard to ensure the success of the Jeddah dialogue because it is the first beneficiary of keeping the Yemeni situation as it is.