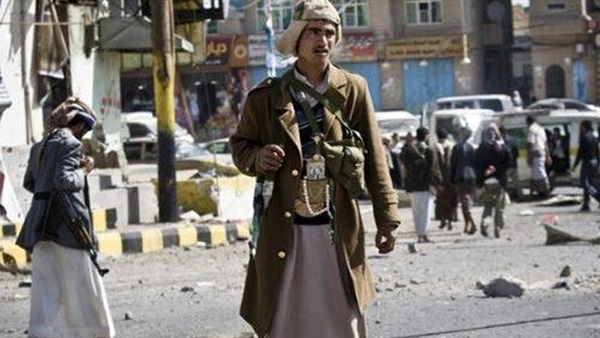 The Houthi militia has violated a United Nations-imposed truce in the western coastal Yemeni city of al-Hudaydah by maintaining the shelling of the sites of joint forces and residential areas in the city.

The Legitimacy Support Coalition said, meanwhile, that it had foiled a terrorist attack by a booby-trapped boat in the Red Sea.

The Houthis move ahead with escalation in al-Hudaydah by bringing their militants together and shelling the sites of joint forces in more than one area.

The Iran-aligned militia brought together dozens of vehicles and hundreds of militants in the western Yemeni coast until the early hours of October 6, according to field military sources.

The Iran-backed militia, he said, maintained its violations and massacres against civilians in the coastal city.

"The UN is responsible for what is happening on the ground," Majly said in a statement.

He said the UN had failed in clearly denouncing the militia for killing civilians.

"It did not put pressure on the militia to show abidance by the Stockholm agreement either," Majly said.

He noted that the Houthis do not understand the language of dialogue or agreements.

Yemeni political analyst Kamel al-Khudani said the Houthis had failed in honoring the Stockholm deal which was signed in December 2018.

He told The Reference that the international community turns a blind eye to Houthi violations of the al-Hudaydah agreement.

"The militia has used the Sweden deal in imposing the status quo and threatening the right of the Yemeni people to a secure and dignified life," Khudani added.