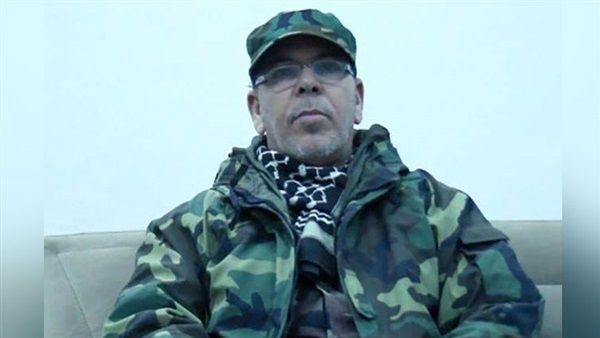 Salah Bady, an infamous Libyan terrorist who is blamed for Tripoli Airport blaze in 2014 and is believed to be funded by Turkey, was appointed head of the GNA’s military intelligence, the matter that Libyans have rejected.

Appointing Bady for such position is highly believed by political experts and analysts to be a Muslim Brotherhood-Turkish scheme that is being sewn against Libya, led by Turkish President Recep Tayyip Erdogan.

He was born on May 23, 1957 in the Libyan city of Misrata for a Libyan family of a Turkish background, which is now the stronghold of the Muslim Brotherhood, and was a former soldier in the Libyan army during the era of Colonel Muammar Gaddafi.

After the February 2011 revolution, he led to Misrata and met with Muslim Brotherhood leaders who tasked him with forming militias to fight the Gaddafi regime, given his military experience in this matter.

He formed an armed militia known as the Brigade of Resilience, which had a major role in the chaos, given the massive support, he was receiving from both Qatar and Turkey at this time, and after the killing of Gaddafi, Badi vowed that his opponents shall receive the same fate.

His most serious crimes, in August 2011, when he launched a military campaign on the city of Tawergha in order to displace its residents for their alleged support of the Gaddafi regime, arrest its youths, and kill those who refuse to leave their home, it was called by Libyans at the time, the ghost town.

The Libyan National Army, commanded by Khalifa Haftar, had launched in April an operation to liberate Tripoli of militias that are loyal to the GNA.

In 2018, the U.S. Treasury Department said it had imposed sanctions on Libyan Islamist commander Salah Badi, accusing him of undermining security by directing attacks on groups aligned with Libya’s U.N.-backed GNA.

The Treasury said in a statement that Badi’s militia forces had used highly destructive Grad rockets in densely populated areas in the latest round of fighting in the capital Tripoli in September.

“Treasury is targeting rogue actors in Libya who have contributed to chaos and turmoil that undermines the internationally recognized Government of National Accord,” she said.

Libya’s health ministry said late in September that at least 115 people were killed and 383 wounded in month-long clashes between rival factions in Tripoli.