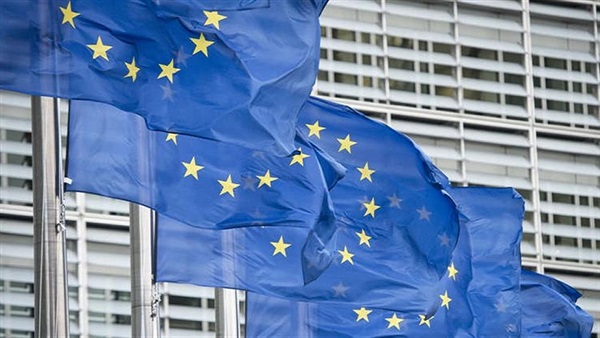 Boris Johnson appears to be giving up on hopes of a new Brexit deal with the EU after speaking to the German chancellor, Angela Merkel, triggering an angry response from Brussels that he is trying to play a “stupid blame game” over the near-collapse of talks.

A row erupted after Johnson and Merkel spoke on Tuesday morning, with a No 10 source briefing that the chancellor’s demands for Northern Ireland to remain in a customs union made a deal look “essentially impossible not just now but ever”.

Donald Tusk, the European council president, tweeted directly at Johnson: “What’s at stake is not winning some stupid blame game. At stake is the future of Europe and the UK as well as the security and interests of our people. You don’t want a deal, you don’t want an extension, you don’t want to revoke, quo vadis? [Where are you going?]”

Downing Street officially insists that the government is still focused on getting a deal with the EU, with preliminary talks ongoing about Johnson’s new Brexit proposals. However, an anonymous No 10 source briefed broadcast journalists, saying Merkel “made clear a deal is overwhelmingly unlikely and she thinks the EU has a veto on us leaving the customs union”.

“Merkel said that if Germany wanted to leave the EU they could do it no problem but the UK cannot leave without leaving Northern Ireland behind in a customs union and in full alignment for ever.

“She said Ireland is the government’s special problem and Ireland must at least have a veto on NI leaving. Merkel said the PM should tell Northern Ireland it must stay in full alignment for ever but that even this would not eliminate customs issues,” the source said.

“It was a very useful clarifying moment in all sorts of ways. If this represents a new established position then it means a deal is essentially impossible not just now but ever. It also made clear that they are willing to torpedo the Good Friday agreement.”

A German government spokesperson said: “I can confirm that the German chancellor and the British prime minister spoke on the phone this morning. As usual, we do not report from such confidential conversations.”

In response to Tusk’s tweet, Ireland’s deputy prime minister, Simon Coveney, tweeted: “Hard to disagree – reflects the frustration across EU and the enormity of what’s at stake for us all. We remain open to finalise a fair Brexit deal but need a UK government willing to work with EU to get it done.”

The UK government’s briefing clashed with an earlier senior government source telling journalists there was no shift towards no deal and that No 10’s strong desire was still to leave with a deal.

As the war of words broke out with Tusk, the government published a 150-page document outlining its “Brexit readiness”.

Instead of the apocalyptic warnings of shortages, bottlenecks and increased prices contained in the Operation Yellowhammer documents published earlier this year, the report stresses the intensive preparations the government has carried out.

These include increasing border staff and briefing more than 800 businesses at no-deal Brexit events.

Michael Gove, who will make a statement in parliament later on Tuesday presenting the report, said: “It is the top priority of this government, and principal focus of my job, to get ready for Brexit on 31 October with or without a deal.

“We would prefer to leave with a deal, and continue to work in an energetic and determined way to achieve one, but we must be prepared for all eventualities.”

He added: “At every point, the government will be candid about any further challenges ahead as well as clear-eyed about the opportunities.”

However, if the UK is poised to give up on talks, Johnson is likely to be heading for an election fought on a platform of delivering a no-deal Brexit in late November or early December.

Keir Starmer, the shadow Brexit secretary, said Downing Street was engaged in a “cynical attempt to sabotage the negotiations”.

“Boris Johnson will never take responsibility for his own failure to put forward a credible deal. His strategy from day one has been for a no-deal Brexit,” he said.

“It is now more important than ever that parliament unites to prevent this reckless government crashing us out of the EU at the end of the month.”

Arlene Foster, the leader of the Democratic Unionist party, said the account of the meeting “reveals the real objective of Dublin and the European Union” to trap Northern Ireland in a customs union.

“For the United Kingdom to be asked to leave a part of its sovereign territory in a foreign organisation of which the UK would no longer be a part and over which we would have no say whatsoever is beyond crazy. No UK government could ever concede such a surrender,” she said.

She added, “the prime minister’s proposals have flushed out Dublin’s real intentions to trap Northern Ireland in the EU customs union for ever, where Dublin rather than the United Kingdom’s elected representatives would be in the driving seat. We will not accept any such ultimatum or outcome.”

Brussels sources said they did not recognise the comments attributed to Merkel as being the agreed policy of the EU. A European commission spokeswoman insisted the EU was protecting the Good Friday agreement “in all its dimensions”.

She said: “The EU position has not changed. We want a deal. We are working for a deal with the UK and in no circumstances will we accept that the EU wants to harm the Good Friday agreement. The purpose of our work is to protect it in all its dimensions and at all times.”

Talks between British officials, led by Johnson’s chief negotiator, David Frost, were continuing on Tuesday despite the clear indications that the negotiations had broken down.