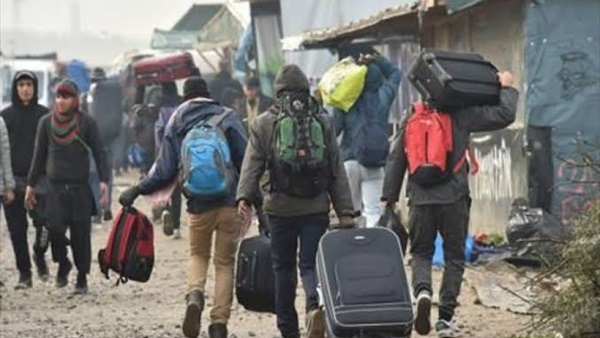 The authorities in Bosnia are preparing a programme to reintegrate supporters of the ISIS terrorist group from Bosnian origin upon their return from camps in Syria, and consider whether ISIS females should be prosecuted for joining ISIS.

Three Bosnians sent a letter to the authorities more than six months ago, saying they wanted to return home.

of the three said in her letter that she wanted to return with her children, regretted her decision to join a terrorist organization in the Middle East, and was ready for trial.

But authorities have yet to find a way to return them and dozens of other women and children from the camps where they now live.

Six months after the US authorities announced the fall of the organization, there are more than 100 men, women and children from Bosnia and Herzegovina in camps in Syria.

The Sarajevo authorities face several key challenges - how to confirm the identities of Syrian-born children to Bosnian citizens, and how to take care of former ISIS followers when they return to Bosnia and Herzegovina - and one of the most sensitive questions is whether returning women should be prosecuted.

A few months ago, humanitarian organizations have warned countries and called for an accelerated repatriation of their former ISIS residents, as living conditions in the camps have become extremely poor, especially for children.

The Houl camp in northeastern Syria currently has more than 70,000 people, more than 90% of whom are women and children.

The United Nations said recently, “About 390 children have died in the horror since the beginning of the year due to treatable diseases.”

According to the Balkan Insight website, institutions at the local level said that they are expected to arrive soon, and they are making quick preparations, and that among the returnees will be about 30 women, 70 children, and about ten men.

The newspaper said, “The security services have information that some women from Bosnia and Herzegovina currently in Syria have participated in the fighting in addition to some members of the so-called legitimate police force, which was responsible for many crimes against civilians.”

The trial of ISIS

In Bosnia and Herzegovina, no indictments or warrants have been issued against any women so far, but lawyers have made it clear that some women can be prosecuted, not only for terrorism but also for threatening the safety of children who have been transferred to the ISIL-controlled front line.

Vladu Azinovic, a professor at the Faculty of Political Science at the University of Sarajevo and an expert on extremism and terrorism, told the paper that the returning men would certainly be arrested and tried.

He said he was aware of at least two cases of "women who participated in advocacy on social networks and actively participated in the fighting", and that one of them even published photos of the shooting in the Islamic police force.

The big question, he said, was whether Bosnian courts would take that evidence into account, but added that authorities should be aware that "there is not a single answer for all women."

European countries, such as Britain and Germany, are already prosecuting ISIS women for endangering the safety of children.

Other states, such as Kazakhstan, do not prosecute women for endangering children, but instead have special rehabilitation programs in Kosovo, where more than 100 ISIS have returned, each returning woman is examined individually.

Mirsad Kronovsenin, a former Bosnian prosecutor who has worked on terrorism cases and is now a lawyer, explains that the country does not have a nationwide law that applies directly to women accused of endangering children.

The OSCE mission to Bosnia and Herzegovina, which oversees the implementation of the country's counter-terrorism strategy, says some returnee women may face criminal prosecution, while others will be treated outside the criminal justice system.

The OSCE said in a written answer to the paper that this would require ad hoc approaches to each case.

Some women and girls are likely to be victims of sexual violence, which may lead to additional stigma in their communities. Such a situation requires distinct psychological and health support.

“Programs that deal with women and girls must include elements tailored to them, which can include specific treatment of gender-based violence, child-rearing, empowerment programs and networks.”

Judge Branko Perich said at the state level he does not see the benefit in the trial of returning women. “I am not sure that this can be achieved through prosecution, so it seems to me that this plan should be abandoned, they must be treated differently.”

"They are women after all, and in the meantime since going to the Middle East, mothers are expected to educate children in a way that is not fanatical," Perch said.