After the arrest of a number of soldiers, ‘white terrorism’ is expanding within the US military 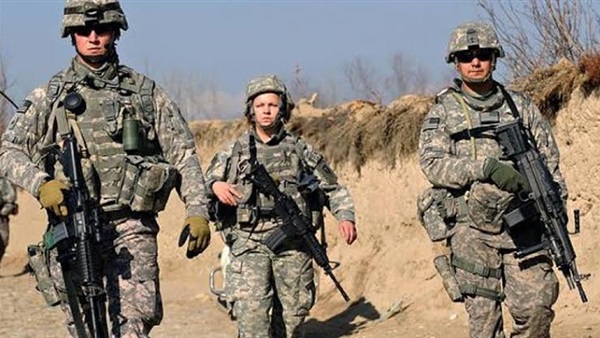 A US soldier from Fort Riley, Kansas has been arrested after planning major terrorist attacks, including the targeting of CNN headquarters and the assassination of US Democratic presidential candidate Beto O’Rourke, the FBI announced.

According to the FBI statement, the soldier, named Jarret William Smith, told an undercover FBI agent online that he planned to target CNN headquarters with a booby-trapped truck and that he was also seeking to kill O’Rouke and travel to Ukraine to join the Azov Battalion.

The Azov Battalion is a far-right organization founded to fight against pro-Russian separatists, but it has extreme right-wing tendencies. The group established the Western Outreach Office to recruit right-wing extremist fighters from outside Ukraine, as well as the establishment of youth training camps and lecture halls to promote its ideas.

The Soufan Group, an American organization specializing in intelligence analysis and international security affairs, confirmed that the Azov Battalion follows the same tactics as jihadists in recruiting, similar to the Western outreach office of the Mujahideen Services Office established by Abdullah Azzam in the 1980s to facilitate access for Arab fighters to fight in the battlefields of Afghanistan.

The Azov Battalion has the added advantage of being able to move easily within Europe, which has enabled it to recruit hundreds of Westerners and Americans.

According to a new report by the intelligence group, Ukraine has become the main attraction of white terrorism in the world.

The Soufan Group believes that white terrorism has spread from Ukraine into the US military, stressing that there are a number of arrest warrants issued against members of the US military for their involvement in terrorist acts with right-wing extremist organizations.

According to the FBI, Lang was a veteran of the wars in Iraq and Afghanistan. He was also the "mentor" of Jarret William Smith.

The FBI also arrested Brandon Russell, a member of the US National Guard in Florida, who is also a member of the far-right organization Atomwaffen Division. A large amount of explosives were found at his residence.

Christopher Hasson, a member of the US Coast Guard who served for five years in the US Marine Corps, was arrested along with two other Marines with 15 firearms and 1,000 rounds.

According to Soufan Group, Atomwaffen is a far-right American organization with close ties to right-wing organizations in Europe.

The intelligence group pointed to the presence of another US right-wing organization called the “Rise Above Movement” (RAM), an organization that has a number of veterans from the Iraq and Afghanistan wars. The organization also has ties with far-right extremist organizations in Europe. RAM elements traveled to Germany, Ukraine and Italy, where they organized birthday celebrations for Nazi leader Adolf Hitler.

White terrorism is expanding within the US military, the Soufan Group confirmed, pointing out that a number of ex-soldiers from the wars in Iraq and Afghanistan are among those who have joined right-wing extremist organizations.

The Soufan Group pointed out that the US soldiers who joined extremist organizations studied the tactics used by terrorist organizations that adopt jihadist ideology, especially al-Qaeda, ISIS, and the Taliban, which they used in recruitment and funding.