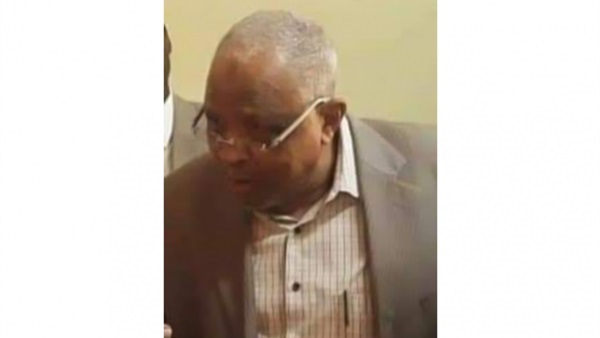 The former head revenue official in Sudan’s Presidential Palace and his son have been arrested and charged with corruption after $8 million in cash found in the son’s possession.

The spokesman of the organization said that the arrest of El Fashoushia was after a painstaking effort, pointing to the disappearance of the main official since the fall of ousted President Omar al-Bashir.

The Prosecutor of the Illicit acquisition and Suspect Wealth raided the houses of the defendants, where they found the amount.

The son was arrested immediately, while El Fashoushia was arrested on Wednesday; after “considerable effort” by the Illicit and Suspected Wealth Prosecutor.

The organization pointed out that the money smuggled by the Muslim Brotherhood abroad is estimated at 67 billion US dollars, while Sudan’s foreign debt during their rule reached 52 billion dollars.

Ahmad Mohamed Ali, named by El Fashoushia, for its village located west of the White Nile, and the founder of the so-called strategic battalions.

El Fashoushia is considered one of the most dangerous leaders of the isolated Muslim Brotherhood. It possesses the secrets of the Islamic political movement (the Sudanese branch of the Muslim Brotherhood), and is familiar with all its details and organizational affairs.

He was also responsible for changing the doctrine of the Sudanese army in favor of the Islamic political movement; he was responsible for the accreditation of war students and technical officers, as well as his personal supervision of their training camps.

President Omar al-Bashir appointed him Minister of Defense years ago.

He used his position as Minister of Defense and founded a number of companies, organizations and financial institutions under the cover of army investments.

He also established Omdurman National Bank and the charity to support the armed forces and the martyr organization, , which tampered with the money of the Sudanese people for the benefit of the Islamic political movement.

El Fashoushia was the head of the Popular Security and secret Brotherhood militias whose main task was to eliminate political opponents.

El Fashoushia has transferred billions of dollars outside the country to be credits belonging to the Muslim Brotherhood, using his position as director of the Sudanese Revenue Allocation Commission earlier.