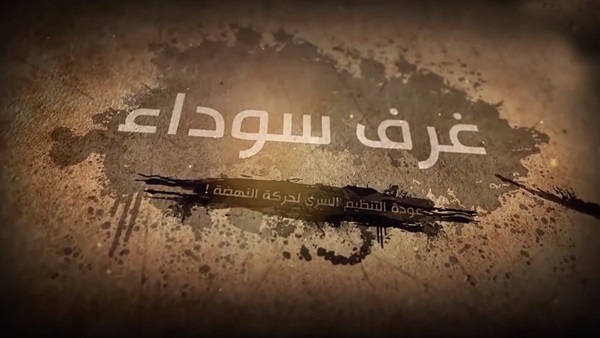 For a whole year, Ennahda movement, the Muslim Brotherhood branch in Tunisia, failed to present proof of its innocence in the face of charges that it has a secret apparatus that carries out political assassinations in the North African state.

The movement only poured its wrath on whoever talks about this presumed apparatus, especially the lawyers of the late politicians Chokri Belaid and Mohamed Brahmi, who published documents incriminating Ennahda in the assassination of both politicians.

Instead of proving its innocence, Ennahda talked about what it described as "conspiracies" and "campaigns" to smear opponents.

On September 28, Ennahda issued a statement in which it said its lawyers had started taking legal action against a channel that aired a documentary about its secret apparatus.

The channel, the movement said, only aimed to smear Tunisia's Muslim Brotherhood and cause confusion on the Tunisian electoral stage by broadcasting the documentary, called "Dark Chambers".

"The documentary was produced by a Tunisian company and the journalists who made it were Tunisian," Nazif said. "No foreigners were involved in this work at all."

He revealed that Tunisian channels refused to broadcast the video which was why its production company approached other channels, including al-Arabiya which agreed to broadcast it.

"The sorry thing is that the judiciary refuses to open an investigation into the presumed secret apparatus," Nazif said.