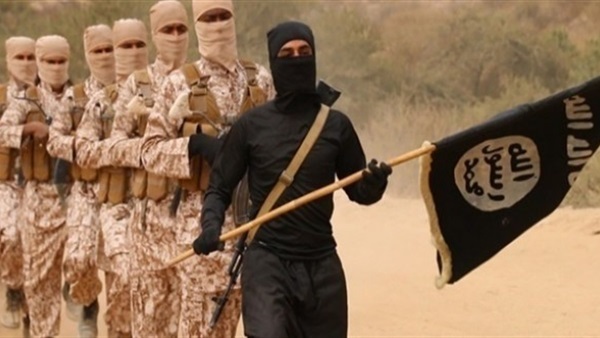 The Reference claimed a number of messages between Daesh commander Abu Jundal Al-Haili, aka Abu al-Waleed al-Sinawi, who was titled custodian of the Daesh Baraka district, to leader Abu Bakr Al-Baghdadi.

The documents included a series of advices and secret messages that were sent to commanders of the terrorist organization as it started to lose ground in Syria.

Al-Haili was imprisoned for six years in Saudi Arabia for supporting the radical Fatah al-Islam group, a militant jihadist movement that drew inspiration from al-Qaeda. He joined Daesh as it emerged in Syria in 2014.

He was appointed Judge of the Bureau of Soldiers in Daesh’s Baraka and Kheir districts in Syria, he was also the General Brigade for the so-called army of the caliphate, which was Daesh’s main army.

The document also revealed that Abu Jundal Al-Haili sent a secret message to Abu Bakr Al-Baghdadi in December 2018 in which he demanded him to appear and meet with the terrorist organization’s elements and commanders, especially after news emerged about his killing.

All the detainees were held in a prison that was later bombed by international coalition aircrafts. Daesh leaders were later accused of planting GPS chips within the prison to be later located by the aircrafts.

Al-Haili further points out in his messages that Daesh operatives killed Abu Ya’qub al-Maqdisi before the prison bombing in late 2018.

The Daes leader in late April 2019 paid tribute to slain IS leaders and prominent figures who were involved in the events in Baghuz and apparently in the wider district of Hajin near the border with Iraq, naming many of them.

It is very unusual of IS to publicly name that many key figures in its ranks, even if they are dead.

He named the "emirs" (regional commanders) in the "wilayah", which may refer to Baghuz or the broader region there, including Abu al-Walid al-Sinawi.

Al-Sinawi used to work as a communication ring between Daesh in Sinai and its branch in Syria, not to mention that he was responsible for a network that recruited fighters and plotted a number of terrorist schemes in 2015.

For his part, terrorist groups expert Jawad Al-Tamimi told The Reference in an interview that Daesh dissidents remain active in exposing the darkness of the terrorist organization, adding that Abu Jundal’s aim was to prove that the group’s dissidents did not seek any trouble within the organization.

He further pointed out that these messages aim at informing members and supporters of the terrorist organization that they tried to advise the leadership of the organization, however, the management disregarded these advises completely.

Al-Tamimi said the documents also refer to Baghdadi as an illegitimate leader of the terrorist organization, because of his disappearance all the time.