The Great Game: A book about the depth of Afghanistan burning terrorism, civil war 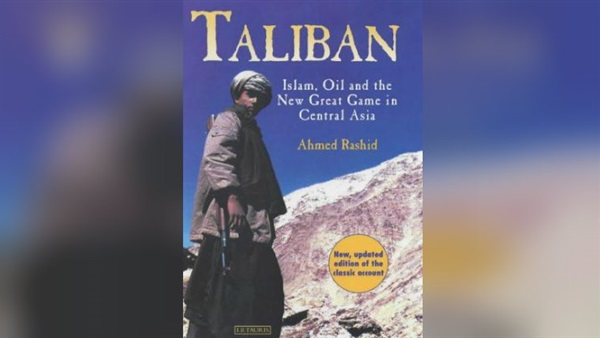 Afghanistan's news has long been the hot spot in the world due to the proliferation of terrorist movements and the political interference surrounding it.

Rachid based his journalistic experience on covering the war in Afghanistan, traveling, mingling with some Taliban elements and interviewing some of the leaders.

In the introduction to the book, the researcher points to the ignorance of the Western countries towards the continuation of the civil war in Afghanistan, which contributed to the development of the dangerous situation in the country.

But with the events of September 11, 2001, the world began to wake up to the dangers coming from that spot, and the extent of cooperation between the Taliban and Al-Qaeda and its impact on various international interests. The growth of the Taliban's power has led to severe instability and unrest in both Russia, Iran, Pakistan and five republics in Central Asia.

Rashid describes the role of the Taliban as the main player in the "new big game" in which competition between different Western countries and investment companies to build oil and gas pipelines from Central Asia to Western and Asian markets as well.

The researcher stated that the beginnings of the Taliban were supported by the American administration, which was provided to fight the Soviet Union and the quarrel with Tehran, but more importantly, the supply of oil and gas pipelines in the region from Turkmenistan to Pakistan via Afghanistan.

The discovery of large oil and gas reserves in Central Asia also led to a race between oil companies and major countries. The United States had no real objections to dictatorial or corrupt regimes or even the movement's oppression of women.

But what was important was "oil," and Rashid claims that Washington considered the Taliban's control of the region a step to negotiate with it to support Unical more than other companies and nationalities by lavishing money on the movement.

Along with the United States, Russia and Iran, Turkish dialects spread across most Central Asian countries have pushed Ankara and big Turkish companies to greed in the region. The United States and Turkey are pressing a pipeline from Baku in Azerbaijan to Ceyhan on the Turkish Mediterranean coast.

Oil was also a reason for Pakistani leaders to support the Taliban along with fighting in Kashmir and destabilizing India, while claiming that the Government of Pakistan to pay about $6 million of wages to Taliban leaders in Kabul to ensure their loyalty to power.

The disintegration of the Taliban

The researcher is pushing for the existence of active currents and forces within the Taliban, whose views and opinions differ.

This situation of confusion leads to an increase in population expulsion. The refugee crisis poses a serious problem that threatens the stability of the region and the economic resources of neighboring countries.

According to the researcher, Islamic law, according to the perspective that the Taliban believes, has no direct relation to the culture of the citizens of Afghanistan, but "extremism" is a recent phenomenon that originated with the war against the Soviet Union, arming and financing by foreign intelligence agencies.

As early as 1986, the CIA recruited extremists around the world and sent them to Pakistan on the pretext of participating in the support of Muslims in Afghanistan, including Osama bin Laden, and with the collapse of education as a result of fighting New batches of hardcore.

All of the actors there use these groups, which have emerged to conduct proxy wars, most importantly Iran, which promotes the cultivation of opium and narcotics in the country to contribute to spending on its projects in the region.