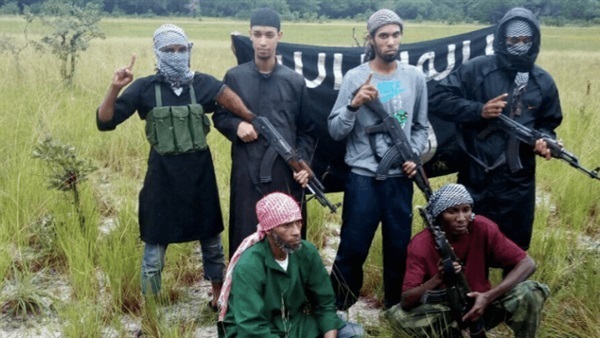 After the Islamist insurgent group al-Sunnah wa Jamaah (ASWJ) killed seven people in northern Mozambique in July, Daesh claimed involvement, the second time they have done so since June. In the weeks since, ASWJ attacks have continued, most recently the shooting of five people on August 23.

The evidence to substantiate direct links between Daesh and ASWJ is slim and ASWJ does not need a transnational affiliation to be considered a threat to stability in Mozambique.

The group has clashed repeatedly with Mozambican security forces since October 2017 and is linked to more than 140 violent events that have resulted in more than 400 reported fatalities, according to the Armed Conflict Location & Event Data Project (ACLED).

The threat to the country and the region is real, and Mozambique’s current approach threatens to escalate the crisis. The experience of other African countries provides an instructive lesson: A hardline response that depends solely on repression will only make things worse.

Mozambique needs to handle this growing security challenge in a way that will tackle the problem instead of exacerbating it with heavy-handed tactics justified as being “tough on terrorism.” A more comprehensive approach, which focuses on shared socioeconomic development and leverages international partnerships, would be more effective in fighting extremist groups like ASWJ.

Mozambique’s response to the spate of ASWJ attacks has been extremely heavy handed and militarized, with allegations of widespread human rights abuses by security forces. After the group’s first attack in October 2017, the government shuttered mosques and detained up to 300 people without charging them. The government has not let up.

In late 2018, the government again carried out large-scale arbitrary detentions, and the counterinsurgency campaign as a whole has been characterized not just by mass arrests but also by torture and extrajudicial killings.

In addition to physical repression, the government has also responded to the crisis through media suppression and censorship. Since June 2018, the government has barred media access to the region; those who have attempted to circumvent the ban have been detained. In January of this year, Amade Abubacar was arrested for his reporting on violence in Cabo Delgado and was denied food and medical treatment. Unsurprisingly, this has had a chilling effect on Mozambicans’ willingness to speak openly about the conflict. On a recent trip to Mozambique, one of us (Noyes) found a general reluctance to discuss the emerging threat.

Repression of this nature is likely to backfire. Indeed, detaining or killing religious leaders usually only inflames tensions and accelerates the threat.

Mozambique is at risk of repeating mistakes made elsewhere in Africa when responding to extremist insurgencies. Both Nigeria and Kenya responded to similar threats with repressive tactics, but this only amplified religious and ethnic tensions and provided fodder for extremist recruiting. The rise of Boko Haram—the deadliest group in Africa in 2015—and the enduring threat from al-Shabaab in Kenya show how these approaches proved counterproductive in the long run.

A turning point in Boko Haram’s history came in 2009. A confrontation between sect members and the Nigerian police originally concerning a helmet regulation escalated and prompted a harsh response from the state. The crackdown resulted in the deaths of more than 700 people in Maiduguri, the capital of Borno state, including the sect’s leader Mohammed Yusuf.

When the group reemerged under the leadership of Abubakar Shekau a few years later, it had metastasized from a largely nonviolent dissident sect with some criminal characteristics into a violent and virulently anti-state movement.

A similar process played out in Kenya. After a series of al-Shabaab attacks, the Kenyan government cracked down on the Somali and Muslim communities there, arresting thousands. This strategy of collective punishment backfired terribly. A 2014 study looking at al-Shabaab recruitment in Kenya, found that the “single most important factor that drove respondents to join al-Shabaab, according to 65% of respondents, was government’s counterterrorism strategy.” The killings of several clerics in Mombasa, Kenya, also ratcheted up tensions and grievances.

A recent United Nations report found that this pattern holds beyond just Nigeria and Kenya, concluding that those who join extremist groups very commonly hold grievances against the government and particularly distrust the police and military.

These findings suggest that Mozambique’s militarized approach to counterinsurgency is likely to be counterproductive.