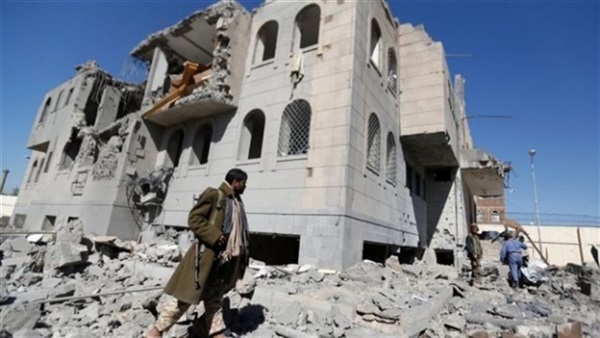 After the terrorist Houthi militia turned the schools into forums for sectarian activities and instilled terrorist ideas in the minds of students, as well as mosques, the militia turned to exploiting hospitals for its own advantage.

In late August, the Houthi coup militia bombarded the medical institutions in the city of Hodeidah, all within a scheme to destroy to infrastructure of Hodeidah.

Local Yemeni sources told Asharq Al-Awsat that hospital boards and staffers, at gunpoint, were forced to pay astronomical tariffs between a million and three million Yemeni rials to the group to keep their services open.

Most of the money, according to sources, has gone into the pockets of Houthi leaders.

Medical sources pointed out that the Houthi inspection targeted independent hospitals only, while other facilities protected by some of the group's top leaders were spared.

Citizens who turn to private hospitals suffer from high prices, due to the systematic extortion by the Houthi militias of these hospitals, where they are subjected to large sums under multiple names. Not to mention that Houthis are being treated at these hospitals for free.

The Iran-backed Houthi militias shut down more than eight government and private hospitals, according to reports, other than stripping entire hospitals from practicing licenses, Houthi militants closed over 25 operation wards and intensive care units in the militia-run capital,

Since the Houthi coup, militias have been harassing private hospitals, imposing illegal royalties and fees, and storming and closing some hospitals.

The closure of these hospitals is a Houthi method of extortion and imposing heavy financial levies on their owners.

Yemeni affairs expert Mahmoud Taher told The Reference in an interview that the Houthis took control of everything in the areas under the possession, not just hospitals, but also UN food institutions and medical convoys.

He further added that the Houthi militia has also stole medicinal aid supplies to sell them to Yemeni for higher prices. Even the government hospitals where treatment was considered free during the rule of the late President Ali Abdullah Saleh, the Houthis considered that these hospitals are their own to profit at the expense of the health of Yemenis.

The Yemeni researcher said that the Houthis considered Yemeni institutions as an investment for the implementation of the Iranian agenda, in addition to profit quickly at the expense of hunger, pain and blood of Yemenis. Therefore, the legitimate government must establish a real mechanism to deal with areas under the control of the Houthi militia as occupied areas