Why has Baghdadi returned to making media appearances? 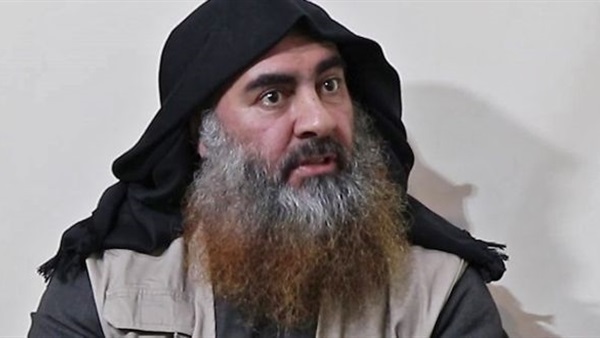 Al-Furqan Media Production, affiliated to the terrorist organization, broadcast on September 16 a half-hour speech by Baghdadi entitled "Say Work," in which he vowed to continue terrorist operations in the coming period.

Abu Bakr al-Baghdadi is the longest-standing leader of ISIS. He took over terrorist organization in 2010 after the deaths of his predecessor, Abu Omar al-Baghdadi, and ISIS war minister, Abu Hamza al-Muhajir al-Masri.

Baghdadi did not appear for a full four years, and then he made his first appearance in the summer of 2014 from inside the city of Mosul after the terrorist organization had announced the removal of security barriers between Iraq and Syria and declared its “territorial caliphate.”

In July 2014, Baghdadi gave a Friday sermon from inside the Nouri Mosque in Mosul, declaring his acceptance of the “pledge of allegiance” given him by the organization’s Shura council, and he called himself the “Emir of the Faithful,” the title given throughout history to caliphs.

In his first appearance, Baghdadi wore black in an attempt to summon the symbolism of Caliph Harun al-Rashid, one of the most powerful Abbasid caliphs.

Baghdadi had then disappeared to an undisclosed location, until reappearing in April 2019.

According to confessions made by Abu Hamza al-Kurdi, a former ISIS minister of war who is currently detained in Iraqi prisons, Baghdadi stayed in Mosul for a while inside a special hideout he had prepared.

Abu Zaid al-Iraqi, a member of the ISIS methodology writing committee and a close associate of Baghdadi, confirmed that the leader of the terrorist organization had remained inside Mosul after the declaration of the caliphate in July 2014, staying there until just before the start of the battle of Mosul.

According to the Iraqi’s confession, Baghdadi left Mosul in April 2016, six months before the start of Operation “We Are Coming, Nineveh,” which began in October 2016 and ended in July 2017.

Baghdadi then stayed inside the Syrian city of Raqqa for a while, before moving to the Syrian province of Deir ez-Zor, where he lived in Mayadin for an unknown period.

The ISIS leader was in Mayadin in August and September 2017. During that period, Baghdadi met at his hideout with Abu Bakr al-Qahtani, one of the organization's top legislators.

Before Mayadin fell to the Syrian Democratic Forces (SDF), Baghdadi left and continued to move in between ISIS-held areas.

In October 2018, British newspaper The Sun said that Baghdadi was in the Hajin area of ​​Deir ez-Zor, while sources told the newspaper he was staying in an area near the Ba’aj district of Iraq.

Baghdadi then disappeared for good in late 2018, until he appeared in a second video, which showed how Baghdadi’s features had changed, as his beard was now dyed with henna and he weighed more than the last time he released a video in July 2014.

During this time, Hisham al-Hashimi, a researcher in terrorist affairs and a security adviser to the Iraqi government, said that a cell tracking Baghdadi, formed by Iraqi special forces in cooperation with its American counterpart, dropped 13 possible locations out of 17 for Baghdadi's location, which is likely to be either inside the Anbar desert, in Iraq’s Wadi Horan or in the Syrian Homs desert. 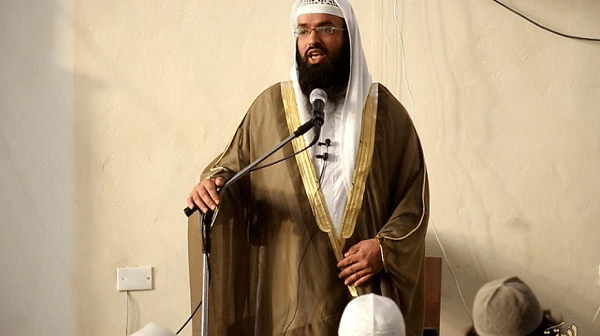 Why is Baghdadi appearing now?

The organization has recently witnessed a continuing state of division and dissent. A number of ISIS leaders and legislators defected and launched what is known as al-Turath al-Ilmi (Knowledge Heritage Foundation), which specializes in criticizing ISIS and its leaders.

The foundation is currently supervised by Abu Issa al-Masri, who describes himself as one of the leaders of the Binali movement and one of the ISIS lawmakers who defected.

About two months ago, the foundation published a book by Abu Mohammed al-Hashemi, a former member of the ISIS Office of Islamic Research and a relative of Baghdadi.

Hashemi called for breaking the allegiance to Baghdadi and expelling him and his supporters, even killing them all if needed, saying that they are Kharijite militants.

Hashemi's call was the tip of the iceberg for what has been happening within ISIS over the past few years because of the systematic rift between its leaders. It also dealt a heavy blow to the Baghdadi camp, which tries to present him as the legitimate caliph.

In his last speech, the ISIS leader attempted to shirk the Binali movement’s accusations against him, including radicalization, expanding takfir, injustice, abandoning detained ISIS members, treachery. He disowned what he described as unfairness.

Baghdadi tries to preserve the remains of ISIS

For his part, Joshua Geltzer, former director of counterterrorism at the US National Security Council, said that the ISIS leader recently appeared after months of absence in order to confirm that he is still in control of the organization and that he is still the legitimate caliph despite the fall of the territorial caliphate after the organization’s defeat in Baghouz in March 2019.

In an earlier article in American magazine The Atlantic, Geltzer added that ISIS is in danger of permanently decaying, which prompted Baghdadi to appear and broadcast audio to convey a message to his followers that his alleged caliphate still exists and is fighting and winning.

Geltzer stressed that Baghdadi’s goal in his last appearance is to emphasize the organization’s slogan, “survival,” in order to announce to his followers that the common entity that unites them still exists and that they must fight for it to the end.