ECOWAS agrees to step up fight against terrorism 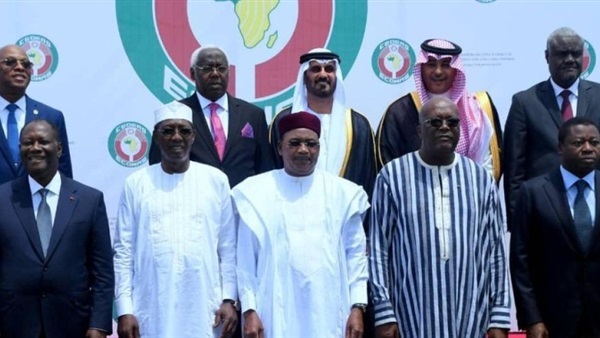 The capital of Burkina Faso, Ouagadougou, was the scene on September 14 of an emergency summit of the Community of West African States, widely known as ECOWAS.

Discussions in the summit focused on counterterrorism, coordination against terrorist organizations in Lake Chad and the African Sahel, and action against al-Qaeda and ISIS affiliates.

The summit also tackled means of boosting security in West Africa and required social strategies for the fight against terrorism.

The leaders attending the summit agreed to allocate $1 billion to counter Islamist extremism which has turned into an impediment to development and the attraction of investments in their countries.

President of the Commission of the Economic Community of West African States, Jean-Claude Kassi Brou, said his commission will would speed up the payment of its contribution to the counterterrorism strategy in the region.

He called on the United Nations to contribute to peacemaking efforts in the region, especially in Mali.

Other officials said the creation of a unified currency within the community would reduce dependence on western states.

They called on community member states to abide by a deadline for approving the currency.

The representative of Sierra Leone referred to the vast resources available in the region.

He said a better exploitation of these resources would make the region turn into a magnet for the economic activities of western countries.

He denounced the export of raw materials and natural resources to international markets without maximizing benefits from these materials.

He noted that available amounts of gold and diamonds as well as agricultural resources are enough to make the countries of ECOWAS community self-sufficient.

In July this year, the United Nations referred to what it described as an increasing terrorist threat in West Africa.

It called on the countries of the region to boost their counterterrorism capabilities.