Davutoglu..From the boat of Erdogan to the shore of the opposition 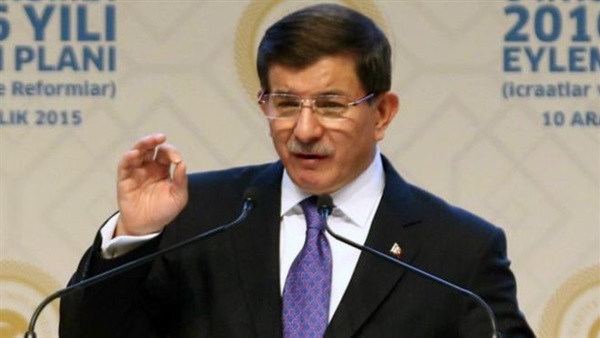 The decision of the Executive Committee of the Justice and Development Party - the political arm of the Muslim Brotherhood in Turkey - to refer former Prime Minister Ahmet Davutoglu to a disciplinary board, came as the beginning of the end of the relationship between Uglu and the ruling party led by President Recep Tayyip Erdogan.

Davutoglu, as his colleagues call him, decided to resign with three other members: Ayhan Seif Ustun, Selcuk Ozdag, and Abdullah Baski. "It is our duty to the nation to establish a new political movement."

Oglu, a professor of political work, was Erdogan's main accompaniment in building the AKP. He was also the first theorist of his ideological ideas and the great painter of his policies.

Davutoglu (born in the city of Konya, 1959) is one of the most prominent figures of the ruling Justice and Development Party (AKP) and one of its founders in 2001.

Ihsanoglu and others then signed a petition to establish the AKP, and they succeeded. The number of dissidents was then signed by 124 members. They included former Economy and Foreign Minister Ali Babacan, former Energy Minister Hilmi Gular, Deputy Prime Minister Bulent Arinc and former Turkish government spokesman.

Disagreements between Erdogan and Ihsanoglu emerged in May 2016, when Turkish President Davutoglu asked for his resignation after a meeting between them. He has no grudge against anyone and does not want a split within the ruling party.

Davutoglu said in one of his speeches in Elazigh, “In the past the government is working to fulfill all its commitments to the people, and who was the reason for the decline of the party paid the price, and responsible for the defeat of the Justice and Development in Istanbul in the municipal elections.”

He stressed his rejection of what he called Erdogan's misconduct, saying: "It is wrong to acknowledge the validity of the electoral process and then retreat due to the loss of the party in those elections, and it is wrong to consider the electoral competition as a matter of life and death and then describe those who think otherwise that he is a terrorist." He repeated his criticism of Erdogan again when he appointed his son-in-law Berat al-Bairaq as finance minister, calling it a "distorted system."

Before his transition to political practice, Davutoglu had a rich academic life. He studied at the Bosphorus University, earned a bachelor's degree in economics and political science in 1983, then completed graduate studies at the same university and earned a master's degree in public administration.

He traveled to Malaysia in 1990 to work as a teacher at the International Islamic University there. In 1993, he returned to Turkey and taught at several universities for almost 10 years. In 2002, after participating in the founding of the AKP, he served as a visiting speaker at the Military Academy and the Academy of War between 1998 and 2002.