Al-Yassir: Gathering weapons and dismantling the militias is the first step after the liberation of Tripoli 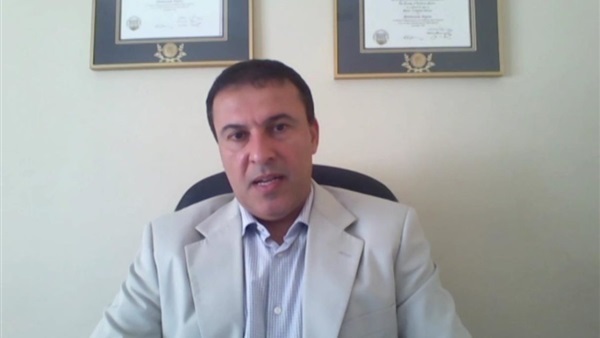 Over the past five months, the Libyan National Army spent the battles to liberate the capital Tripoli from armed militias and the Brotherhood. The question arises as to when the decree will be declared and what implications it will have for the army's return to the capital, and thus its control along Libyan geography.

The Reference interviewed the chairman of the Committee on Defense and National Security in the former Libyan National Congress, Abdel Moneim al-Yassir, who expressed optimism about the results of the battles, explaining why the clashes continue so far.

At first what is your assessment of the results of the battles that took place in Tripoli so far?

The battles are going on as planned by the Libyan Arab Armed Forces, a gradual war of attrition for the fire and criminal militias with a focus on eliminating the leaders of terrorist groups.

What disrupts the resolution of battles in favor of the Libyan army? Do national and Turkish interventions have a role?

These groups rely on the use of civilians as human shields, as they did in Benghazi and Darnah. What prolongs this war is direct Turkish intervention by drones by Turkish military personnel and money paid by the so-called Wefaq Government to militias fighting for money in particular;

Why do armed militias in general and the Muslim Brotherhood in particular despise Tripoli?

The Brotherhood's desperation is expected because the western region in general and Tripoli in particular is their last stronghold, a very important stronghold. They are able to carry out their terrorist project, which aims to overthrow and control all the governments in North Africa. Its fate would be imprisonment, if the liberation of Tripoli was achieved.

Is the army's recovery of Tripoli judge the experience of Qatar and Turkey in supporting the Islamists of Libya fail?

Yes, no country like Libya has an oil revolution and borders with six countries, especially Egypt, whose capabilities have been fully controlled by the Muslim Brotherhood to enable them to carry out their absurd terrorist project, and if such control is lost, their project will lose its most important pillars.

How important is Libya to a country like Qatar or Turkey and why are you paying all that?

The biggest threat to the Arab countries is Erdogan's ambitions to be the new Ottoman sultan and the stupidity of the Muslim Brotherhood who believe that they are deceiving him.

Do you think that the position of the Libyan tribes on the outskirts of the battle of Tripoli will affect the outcome of the battle?

Yes, and this position is known for supporting the armed forces to liberate Libya from these criminal militias and their allied terrorists.

Among the recommendations of the G-7 summit ended in France, a proposal for a new international conference to resolve the Libyan crisis, what are the chances of holding this conference and will it be feasible in your view?

The international community is aware that Libya has been tampered with, and that there is no political solution to extract Libya from the grip of terrorists and militias, but they do not want to recognize the reality. Their political solutions to solve the crisis they have caused Libya have not been successful, but more tragedies for the Libyan people.

What is your assessment of the performance of the UN during Tripoli battles?

Too bad but was expected.

Do you think the international community no longer trusts the reconciliation  government? And why?

This international community has no memory or constants. It oversees a political agreement that appoints a weak government. They are the security arrangements from the first day, that they operate under the control of the militias and are surprised when they fail, causing more disasters

Do you think the international community may be moving to withdraw its recognition from Al Wefaq?

We hope so, but I do not think that the international community has the capacity to take responsibility for its mistakes, and will not withdraw its recognition of this government until the armed forces are able to control Tripoli.

I participated with Libyan politicians and intellectuals in a group called «Sons of Libya» What is this group and its role?

Sons of Libya, a national Libyan grouping of intellectuals, politicians, former deputies and former diplomats from all over Libya, serves as a political force for international decision-makers to support the Libyan Arab armed forces in its war to liberate Libya from terrorist groups and criminal militias.

How long does the Libyan army need to resolve the battles in his favor?

Were it not for the direct support of Turkey to the Muslim Brotherhood and other terrorist groups, the fighting would have ended within weeks, in addition to the negative attitude taken by the international community towards the Libyan issue, including condoning what Turkey is doing to bring terrorists and weapons from Syria to Libya.

What is the importance of Misrata to the Islamists?

Misrata is now their most important city, their only hope of staying in Libya.

• Is the uprising of the people of the city against the Islamists enough to rid them of them, or it requires the intervention of external forces may be military?

We hope that, but it is unlikely that the people of Misrata can do an uprising and resist the armed groups that control the city alone. Therefore, the national trend, the armed forces and the regular security services must coordinate and cooperate with the forces of the national movement inside Misrata to save it from the control of the Brotherhood and the terrorist groups that control it.