Turkish ‘Milli Görüş’: The knife of terrorism and extremism on the neck of Germany 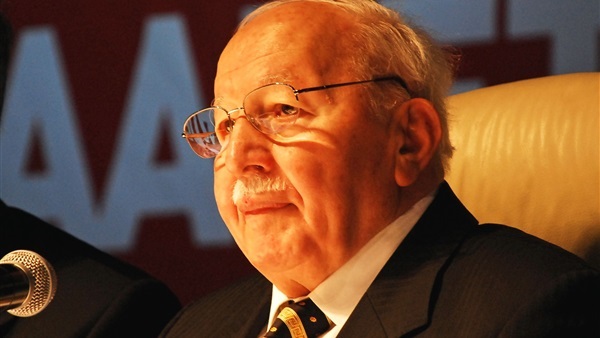 Over the recent years, the German authorities, in particular Germany’s domestic intelligence agency, the Federal Office for the Protection of the Constitution (BfV), have been monitoring the Salafi-jihadist groups deployed in Berlin that threaten security and stability by committing terrorist acts that intimidate citizens and spreading their ideas in various ways and disguises behind the mantle of religion.

One of the most important, most dangerous, and most threatening groups in Germany is the Turkish group Milli Görüş, which was recently put under surveillance by the BfV, along with other Salafist groups. German intelligence is closely monitoring the activity of this Turkish movement.

German police and intelligence released a red-light terrorist warning about the increased infiltration of Salafist groups in Germany's mosques, 7DNews reported on September 8, explaining that the spread of the violent jihadist version of Salafism in Germany over the past three years has had a serious impact on local official moderate Islamic institutions that reach 6% of the German population. The main reason for this is that Salafi-jihadist groups are exercising power over the Muslim population in Germany because they receive enormous amounts of funding from abroad, especially from Turkey.

The Turkish government in particular controls a number of German mosques and Islamic organizations affiliated with Turkey, including the Turkish-Islamic Union for Religious Affairs (DITIB), which Turkey uses to spy on German Muslim institutions, according to a report by the German Federal Criminal Police Office (BMI) in 2018.

The report pointed out that the Turkish group Milli Görüş is one of the largest Turkish Islamic movements spread in Europe, and in Germany in particular, where nearly 70% of the Muslim population in Germany is made up of Turkish Muslims. There are Milli Görüş members in more than 300 mosques, with about 30,000 members from Germany.

The Turkish movement Milli Görüş was founded in 1969 by former Turkish Prime Minister Necmettin Erbakan and has been called “the leading organizations of the Turkish diaspora in Europe.” It is currently run by Brotherhood member Ibrahim El-Zayat, who holds German citizenship and is married to Erbakan’s daughter.

According to 2005 statistics, the movement has 87,000 members throughout Europe, of which 50,000 are in Germany. It is headquartered are in Kerpen, North Rhine-Westphalia, Germany. The movement has also been active in almost all European countries, as well as other countries such as Australia, Canada and the United States.

The ideology of Milli Görüş coincides with the ideas and writings of the neo-takfiris in the Muslim Brotherhood, especially their leader Sayyid Qutb. It is a religious political movement, with Erbakan’s aim of to establish what he called an “Islamic state” in Turkey as an alternative to the secular state founded by Kemal Ataturk in 1923.

Although Erdogan has abandoned many of his mentor Erbakan's ideas, he has not abandoned his extremist movement, Milli Görüş, where he found his ambition to pave the way for the dream of caliphate. Although he tried to conceal its identity, he has continued to support it to the present and simultaneously intensified his support for the Brotherhood throughout Europe, not just Germany.

In its July 2016 campaign against militancy in Germany, the German intelligence service re-evaluated a group that has influence over the Turks residing in the country, amid strains in relations between Berlin and Ankara, Reuters reported, pointing out that there is a close relationship between Milli Görüş and Turkish President Recep Tayyip Erdogan. German officials view the group's founders as extremists.

For a long time, a list prepared by the Interior Ministry of potential Islamic threats annually published names of Milli Görüş supporters, estimated at 31,000 people. The total number of Milli Görüş supporters was significantly reduced in the German Intelligence Report 2015, published in June 2016, in a sign that the number of extremists in the group has declined, security sources said.

Cooperation with the Brotherhood

According to the Foreign Policy magazine in May 2019, as Erdogan seeks to become the leader of the Muslim world, he is working to take advantage of religious organizations under the control of his party and Turkish Muslim groups such as Milli Görüş.

According to the report, Ibrahim El-Zayat and his organization Milli Görüş, in cooperation with the branches of the International Organization of the Muslim Brotherhood in Europe, organized the largest conference of Muslim youth organizations in Europe, which included about 35 branches from 11 countries, to announce the establishment of the so-called Forum of European Organizations for Muslim Youth and Students”, based in the Belgian capital of Brussels. In 2003, it brought together 42 organizations working to subvert Arab countries by reporting against them to European governments.

Zayat played a dangerous role in attracting some young people to extremist ideas to include them in Milli Görüş. This is due to his proficiency in the German language, but the German police have revealed his financial relationship with institutions that finance terrorism, dubbing him “the Brotherhood’s finance minister”.

In May 2004, German Interior Minister Otto Schily accused the organization of seeking to charge Turkish youths with anti-integration propaganda in German society through what he called the group’s strong anti-Western and anti-democratic Islamist identity, which requires the work of the German police and intelligence to confront them.

In September, Peter Neumann, an anti-terrorism expert at King's College in London, demanded that radical mosques in Germany be closed as soon as possible. “The appeal of violent preachers has succeeded in building terrorist networks from mosque communities and developing ways to attract young Muslims to the outside."

The German Federal Intelligence Service (FSB) monitors about a dozen mosques in Germany linked to extremist activities. In North Rhine-Westphalia, 109 mosques are under intelligence surveillance. Of these, 70 mosques are believed to be Salafist, and 16 of them are subject to radical Brotherhood ideology.