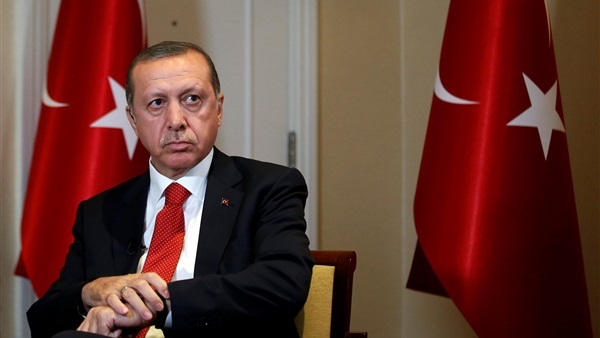 Former Turkish deputy prime minister Ali Babacan will form a new political party by the end of the year to challenge President Recep Tayyip Erdogan’s ruling AK Party, announcing his intentions in an interview published Tuesday after months of speculation.

Babacan resigned from the AK Party (AKP) in July, citing “deep differences”. He was a founding member of the AKP, serving as economy and foreign minister during its first years in power before becoming deputy prime minister, a role he held from 2009 to 2015.

Babacan, along with former AKP president Abdullah Gul, has long been rumored to be planning a rival party. But a stinging defeat for the party in June Istanbul mayoral elections accelerated the efforts.

In his first comments since resigning from the AKP, Babacan told the Karar newspaper that the ruling party had strayed from its founding principles and that he was still working to find like-minded individuals to forge a team to lead the new party. He added that Gul is supportive but not formally included.

“This will take some time,” he told the newspaper, according to Reuters. “We want the party to be formed before 2020. The quality is very important here.”

Growing worries over judicial impartiality, a recession that sent unemployment and inflation soaring, and impatience among Turks over hosting 3.6 Syrian refugees has trimmed Erdogan’s voter base.

Any further erosion could deeply hurt the AKP, which relies on an alliance with a nationalist party to hang on to its parliamentary majority.

Babacan said Turkey’s economy needed to emerge from a spiral and, given the plentiful liquidity in world markets, to “urgently” lower its risk premium. The erosion of the judiciary and some foreign policies are in part to blame for the economic problems, he said.

“Values like human rights, freedoms, populist democracy and the rule of law are ones that we always defend and believe in. These principles are not a periodic political preference for us,” he said, adding that the AKP was committed to these in the past.

“After all these achievements, the condition in which Turkey is currently in truly saddens us. When we look at why it is in this condition, the main reason is that it has strayed from the practice of these values and principles.”

Reuters reported in June that Babacan, along with Gul, would launch his political party this year. That was on the heels of the AKP’s Istanbul loss, which marked the worst defeat in Erdogan’s political career.

While Erdogan has so far dismissed reports of the new party, warning members of his AKP that those who “get off this train will not be allowed back on”, criticism toward the AKP and its policies have gained momentum since the mayoral election.

Former prime minister Ahmet Davutoglu, who fell out with Erdogan in 2016, slammed the party’s economic management and Erdogan’s rhetoric after the election. The AKP last week started the process of removing Davutoglu from the party.

Mohammed Abdul Qadir researcher specializes in Turkish affairs at the Al-Ahram Center for Political and Strategic Studies, clarified that the country's affairs may be drifting towards the abyss, because the country is on the verge of a serious political and economic crisis, especially after the president lost the support of the people and his party, which is facing internal defections.

The researcher added in a statement to «reference» that this new trend adopts a more moderate ideology far from the ideology adopted by «Erdogan», this trend has several observations on the file of Turkey with regard to human rights, the presidential system, and foreign and economic policies.

He explained that the Turkish president no longer views the party as an institutional party with leadership, but has become a personal party controlled by the president, and Erdogan views his political opponents as people driven by the conspiracy, and then works to tighten his security grip to control.

The Turkish researcher stressed that the policies of «Erdogan» and the uniqueness of the decision created a lot of grumbling among the leaders of the first row in the Justice and Development Party, led by «Ihsanoglu, Gul, Ali Baba Jan» and others, prompting them to establish a new party to compete with «Erdogan» in the presidential elections This is a challenge for the president, because it is possible that the country will witness early presidential elections if Erdogan continues to follow the same policy that may turn the country into chaos.

Eleven US troops injured in Iran missile attack in Iraq