Exploitation of powers: How does Erdogan use his decisions to thwart opposition successes? 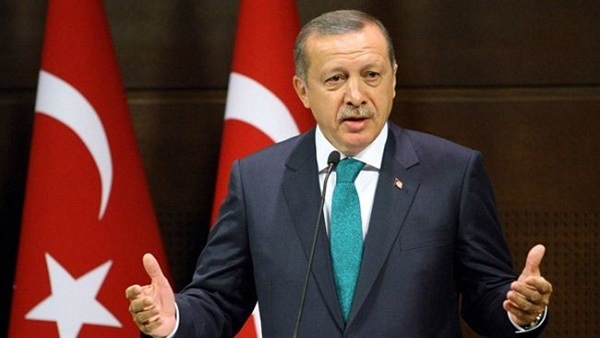 Turkish President Recep Tayyip Erdogan has adopted policies aimed at nationalizing Turkey's internal life to ensure he controls the course of events by legitimizing repression by legal means. This was largely manifested as an extension of his policies on August 19, when he sacked the mayors of three Kurdish cities – Diyarbakir, Mardin and Van – accusing them of links with Kurdish militants. The mayors were Ahmet Turk of Mardin, Adnan Selçuk Mizrakli of Diyarbakir, and Bedia Özgökçe Ertan of Van. They were replaced with certain people by administrative decisions, as part of a security campaign that resulted in more than 400 people arrested.

Despite this, the municipal elections held on March 31 marked the beginning of a new phase of democracy and the decline of repression and tyranny in the Turkish political arena, with the victory of several heads of the Republican People's Party (CHP) and the Kurdish People’s Democratic Party (HDP). The opposition candidate’s victory in the Istanbul municipality election on June 24 largely confirmed these positive sentiments.

But its luster was dampened in the recent process that led to the dismissal of three major mayors in eastern Turkey from the pro-Kurdish HDP.

Despite internal and external criticism of Erdogan's policies, he continues to implement his plan to suppress dissenting voices, even if they are democratic, and disregard the will of the electorate. In this regard, Erdogan uses his expanded constitutional powers, which he approved in exceptional circumstances in April 2017. Articles 123, 126, and 127 of the constitution give the government the power to administer guardianship, meaning that these articles restrict local administrations’ (mayors) freedom to move without the consent of the government and its local staff represented by the governor or his deputy.

"They (the opposition mayors who won the last elections) will not be able to manage the municipalities and will not succeed, because they will not even be able to pay the salaries of their employees... We have all lists of debts of the municipalities, which are all very indebted, and we know the size of their indebtedness... They will not be able to manage it... Those who are not in line with the central government will declare bankruptcy in the near future," the Turkish president declared.

These materials thus represent a stumbling block to maintaining the continuity of the nominees' dominance over the elected. Although this characteristic is not new to Turkish political life with regard to the centrality of the administration, this phenomenon has been increasingly strengthened under the AKP governments.

On the economic side, since 2002, financial allocations to municipalities have been reduced from 15% to 10%, thus framing the idea that municipalities will continue to rely on their central government allocations, forcing them to directly comply with government policies, even if the municipality was under the control of an anti-government force, as in the last municipal elections.

In addition, in August 2018, presidential decree No. 17 was issued linking the budget of all administrative institutions and organizations that were outside the general budget, including municipalities, to the Ministry of Treasury and Finance, which is headed by Erdogan's brother-in-law Berat Albayrak. Therefore, the implications of this decision will affect the course of work of mayors, especially in municipalities controlled by the Turkish opposition. This is directed toward obtaining financial allocations from the ministry not only for its expenses but also for its resources and income. This means that the municipalities now ruled by the opposition will suffer greatly from the handling of financial debris left by previous administrations.

Thus, Erdogan’s policy proves that he will tighten the noose on opponents in major municipalities in particular, such as Ankara, Istanbul and Izmir, as well as municipalities controlled by the opposition forces in general.

Erdogan has taken several illegal policies regarding the dismissal of democratically elected officials, bypassing the judicial authorities that will adjudicate these cases. The arena of confrontation between Erdogan and the opposition started with a pre-emptive war by Erdogan, especially after his popularity plummeted recently in light of these crises, which Erdogan began by issuing new legislation transferring the power to investigate mayors from the Interior Ministry to the presidency a few months before the commencement of the 2019 municipal elections. The new law prepared by the AKP government allows the Turkish president to dismiss mayors by direct decision. Despite local and international condemnation, the Turkish authorities again sacked four other mayors in the city of Batman and appointed regents from the ruling party instead.

On the opposition side, there are many indications that the confrontation with the ruling AKP is continuing by resorting to justice or organizing demonstrations. The rampage in Kurdish-majority cities denouncing the dismissal, forcibly suppressed by the police and the arrest of hundreds of protesters, indicates that things have changed this time and that the Kurds will not accept the terrorism charges against them just because of their opposition to government policies.

As part of the opposition's policy aimed at countering Erdogan's growing influence, Istanbul Mayor Ekrem Imamoglu met in Diyarbakir at the end of August with the three dismissed mayors. He went to the mausoleum of Tahir Elçi, the former head of the Diyarbakir Bar Association and an activist for Kurdish rights who was assassinated in 2015. This visit is of great importance for the CHP, especially since this Kurdish-majority region is of great importance to the secular party. The visit is also an extension of the May 2018 visit of CHP presidential candidate Muharrem Ince to jailed former HDP leader Selahattin Demirtaş before the presidential election in June 2018 to confront the ruling AKP and the Nationalist Movement Party (MHP) led by Devlet Bahçeli.

After the municipal elections and the victory of CHP candidate Imamoglu, the Turkish Ministry of Commerce announced on June 27 a new decision to withdraw some of the powers of Istanbul's new mayor and transfer it to the AKP-controlled municipal council. The ministry also issued a decision transferring the powers to appoint the directors of the municipality's 30 affiliated companies from the mayor of the municipal council. It is clear that the AKP and its ally the MHP will exploit their majority takeover in the Istanbul municipal council to block Imamoglu’s decisions. The AKP-MHP alliance holds 180 seats, while the opposition coalition has only 132 seats.

Erdogan’s regime had previously sacked 94 mayors affiliated to the HDP and also stated after that the government will dismiss the party members again on the pretext of links to terrorists, even if they won the election, which means the continuation of targeting opposition forces by Erdogan, whether the secular CHP or the Kurdish HDP.

In addition, in early August 2019, the Military Consultative Council held a meeting to discuss promotions endorsed by Erdogan, and five generals made the decision to resign, considering that the promotions issued were not based on efficiency or seniority.