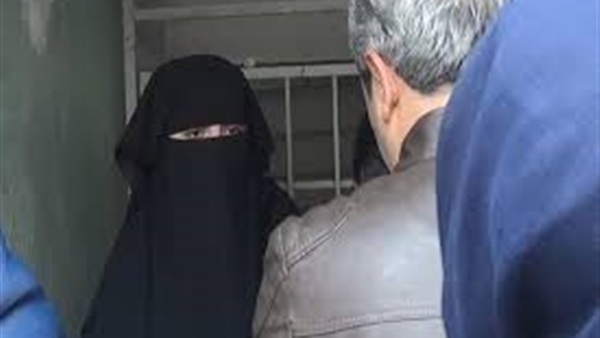 In August 2018, several activists on the social networking site argues the Hamdain regime led by Tamim bin Hamad the immediate release of Qatari national Latifa Al-Masifri, who was arrested by the Qatari authorities in July 2018.

After her release she was arrested for the second time. The second was in February 2019, without any charges, to forcibly disappear for more than five months.

A leaked message from her custody explaining the abuses carried out by the militia of Hamdin, which is committing several violations against its people.

The reason for her arrest for the first time is that she published a voice message on the social networking application Snapchat, complaining about the poor living conditions and called on the Qatari government to achieve social justice.

The Qatari activist raised a number of issues, including injustice, persecution, and displacement of Qatari nationals and non-granting of nationality.

The Arab Organization in a statement said that this is further evidence confirms to the international community and the injustice of Qatar.

In its statement, the organization called on the Qatari Minister of Foreign Affairs to focus on the violations against his people by his government and the dire humanitarian situation of the Qatari citizen amid repression and intimidation, rather than lamenting before the international community in international forums, especially in the Human Rights Council.

However, the arrest of Al-Masifri is a new episode of violations of the Hamdain to Ghofran tribe, this tribe has been subjected to the brutality of the Qatari authorities since 1996, included the forced displacement of the people of the Qatari tribes, stripping them of their nationality Their children from school.

The arrest came after they launched a campaign on the social networking site "Twitter" last August, entitled "Qatari women's rights," in which they stressed that their country has become the only Gulf state to restrict travel of its women, calling for an end to discrimination against them not only in travel, But in the laws of personal status, work, nationality and other areas.

This prompted the Qatari authorities to arrest a number of women at the expense of “Qatari feminists”. Their relatives were summoned for investigation, and their families were threatened with withdrawing their nationality, imprisonment and paying fines. Their only charge was to express their opinion freely.

Developments in Qatar highlighted the role of the Qatari opposition. The disappearance and detention of women confirms, according to Qatari opponents, that a gang is running Doha affairs.

Qatari dissident Khaled Al-Hail called for the release of Latifa Al-Masifri and other detainees by calling on the international and civil society to form an independent international committee, in which the Qatari opposition participates; And forbidden to travel.

He explained that the number of people banned from traveling in Qatar and imprisoned under the law of the protection of the criminal society continues to increase; because this law authorizes the state security to imprison anyone and prevent the right to defend them, not only that, but when people are arrested, the disappearance Forced is their fate, and pointed out that the strategy of the Qatari regime in any crisis is based on random justification and proactive attack by fabricating and promoting false stories.

Qatari opposition leader Fahad bin Abdullah al-Thani also demanded the release of the detained Qatari woman Latifa Al-Masifri after demanding the return of her daughter's nationality, which was dropped.