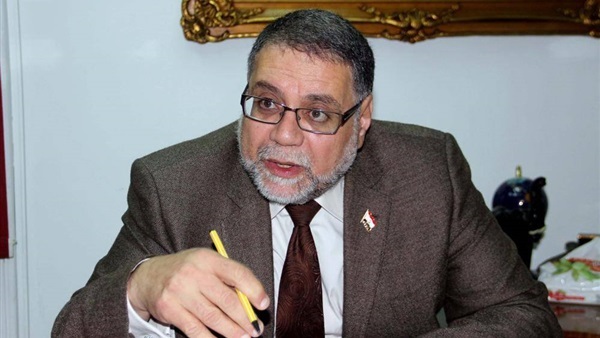 Under the title "The First Critical Study of the Muslim Brotherhood's Thought", Dr. Mukhtar Nuh presented the book "Mines in the Brotherhood's Approach" by Dr. Ahmed Rabie Ghazali. In his introduction, he posed the question: Was Hassan al-Banna the leader of Kharijites in the 20th century?

Ghazali, who was an elected member of the Shura Council until his resignation in 2005, published his book in two parts, the first entitled “Citizens of Mines in the Imam’s Approach” was and the second “Founding Fathers’ Dreams: The Brotherhood in the Presidential Palace”.

Ghazali revealed a dark side of the group’s history, having monitored 10 sins committed by Banna that became booby-trapped mines that hit the group, political Islam and the security of the country, most notably the desire for control and governance, having sought to mobilize 12,000 armed fighters to enforce the rebellious method that the founder embraced.

The book shows how the group went the way of excess in this approach of making takfir against the rulers and adopted the isolationist thought along with psychological and behavioral superiority, rejection of the other, and the militarization of the organization.

Ghazali did not invent his views. Many followers believe that the deviation of the Muslim Brotherhood lies in this sentence, which they take as a slogan and apply in practice. This corrupt principle is “we cooperate in what we have agreed upon and excuse each other in what we disagree with.” For the offender, for example, the dispute between scholars over the ways of placing the hand on the chest after bowing, but the most serious in the dispute is that which must be denied in the offender.

The Muslim Brotherhood, with this corrupt rule, makes most of the disagreed matters out of the palatable disagreements that do not deny the offender.