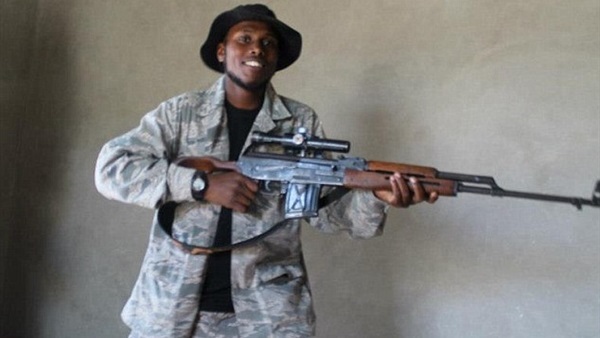 Kurdish forces in northern Syria announced on Monday the arrest of a Portuguese extremist named Nero Saraiva, who was based in London, and was involved in a number of terrorist cases related to kidnappings and the execution of Western hostages by the Islamic State terrorist organization in recent years.

The arrest of Nero came at the hands of the Kurdish forces; to put an end to a journey that lasted 7 years, starting from Walthamstu, northeast of London, and ended in the Islamic State. He married 5 women, and became the father of 10 children.

From football to terrorism

Nero, one of the most wanted by the Western security services since 2012; has been accused in many cases of kidnapping and executions, and perhaps the most prominent abduction of British war photographer John Cantley.

In 2014, after becoming commander of the European Fighters Brigade, he was found close to filming American James Foley, who was cut by ISIS terrorist John in front of video cameras.

Nero is paralyzed in the lower half of his body, after suffering a serious injury in one of the battles of the terrorist organization before the fall of the organization in the Battle of Bagos.

According to the British Sunday Times, Nero was interrogated by Western intelligence agents in July 2019. In investigations, they found that he had a lot of information about the Beatles Gang, a group known for its brutality, especially with the torture of prisoners, particularly in Raqqa. It was accused of killing and slaughtering 27 prisoners, including four journalists and two US photographers.