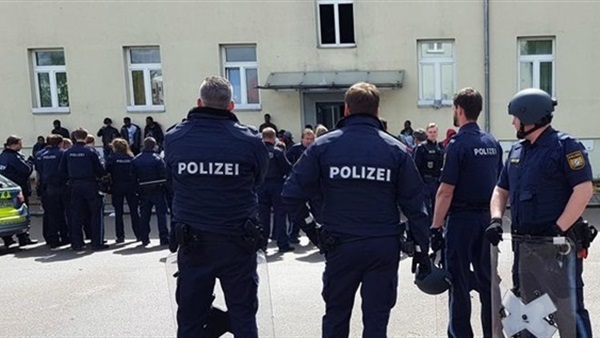 The terrorist attack carried out by Tunisian Anis al-Amri, which took place in December 2016 in Germany, is till at the center of the German authorities’ attention. Although al-Amri was killed in Italy, the German authorites are trying to unveil how the funding process happened. However, it is rather compicated to trace the terrorist operations in the European Union.

The Reference, through its  Berlin-based editor , has managed toreveal means used by the terrorist groups to get their funding. The Reference has obtained a number of documents that show how difficult to track the financing of terrorist operations as well as the tasks aiisgned to these terrorists.

Al-Amri was involved carrying out the Dec. 19 attack, in which 12 people were killed at the Christmas Market. The German newspaper Bild said on Friday that the police were examining video footage to search for individuals who helped Amri.

According to the information we collected, the German police have raided a number of places Amri used to visit. Amri had pledged allegiance to the takfiri Islamic State. The places included a money transfer office, affiliated with Western Union. It is located in Karl Marx Street in Berlin's Neukölln district, which is known for large comminity of Arabs and Turks.

Amri transferred money to his mother, Nour al-Hoda, through this office using his asylum card from Germany. He transferred three amounts of money worth 800 euros, 600 euros and 200 euros ,respectively, in 2016.

The police tracked the transactions in January 2017 a few weeks after terrorist attack and his escape to Italy. The police obtained copies of these transactions to identify their legality.

Amri used fake passports to receive money transfers from Turkey and other countries from another office in the same neighborhood, taking advantage of legal loopholes, which are used by gangs in Berlin and other German cities, These gangs, in accomplice with some money transfer offices, get remittances without documents, taking advantage of weak measures taken by the German police in this regard.

On the legal ways to deal with funding terrorist groups, Dr. Awad Shafiq, professor of international law at the Higher Institute of Law in Geneva, Switzerland, said that the presence of a large number of ISIS members in Europe in general and Germany in particular, would make it complicated to pursue them.

Therefore, Germany should be claimed responsible if it is unable to face this kind of criminal operations.

Germany is obliged under the Security Council Resolution 1373. There are obligations pertaining the criminalization of funding terrorism and terrorists as cited in the first in paragraphs “1” and “b” of article 1.

The Security Council Resolution 1373 stated that the states shall prevent and any  financing to terrorist operations and that the states should criminalize the  providing terrorists with funds or collecting funds by any means directly or indirectly.  This prase is very similar to what the 1999 Convention had stated.

Article III of the 1999 Convention says that the convention will not apply if the offense is committed within some state and the suspect is a national of this state and is resident within its territory, and no other state has, under paragraph 1 or 2 of Article 7, claimed judicial authority.

The measures stated in the Security Council Resolution 1373 are not subject to these measures.

The professor added that Germany should take measures in its national laws to criminalize any acts related to the financing of terrorism, and penalize these crimes, especially since the crime of funding terrorism should be penalized separately.

He noted that individuals in accomplice are penalized  only if the main suspect in convicted.