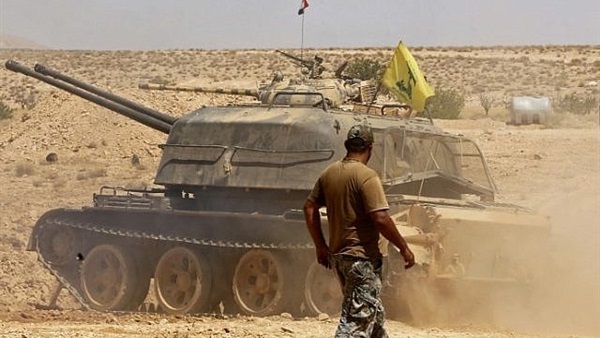 Evidently, the situation in the Middle East is worsening as Israel targets the pro-Iranian militias in Syria and Lebanon.  Hezbollah spokesman Mohamed Afif said Sunday two Israeli drones fell crashed on Hezbollah’s building in Beirut. One of the drones did not cause any damage.

Afif said that an armed Israeli drone exploded outside the organization’s propaganda offices in the Lebanese capital of Beirut, causing damage to the structure.

The Hezbollah spokesman said the group’s leader, Hassan Nasrallah, would comment on the incident further in a speech.

Israeli Prime Minister Benjamin Netanyahu hailed the military’s “major operational effort”. “Iran has no immunity anywhere,” he said. “Our forces operate in every sector against the Iranian aggression.”

Prime Minister Saad Hariri said on Sunday that Israeli reconnaissance flights over Beirut “are a clear breach of Lebanese sovereignty and the UN resolution (1701)” that ended the 2006 war, , after two Israeli drones crashed in the capital.

Hariri said he was in contact with President Michel Aoun and Parliamentary Speaker Nabih Berri to discuss next steps. Aoun said the incident was “further evidence of Israel’s aggressive intentions and its targeting of stability and peace in Lebanon and the region”.

Khaled Hamada, a Lebanese military expert, says that the targeting of southern Damascus and attacking Hezbollah in Beirut is strong message from Israel to Iran.

“If Hezbollah strikes back, “we will actually engage in a regional conflict between Iran and the United States, as well as other conflicts in Syria, Yemen and Iraq,” Hamada told the Lebanese Arabic newspaper Al Liwaa.

For his part, political science professor Firas Elias, who is an expert on national security and Iranian studies, said the recent Israeli airstrikes inside Syria signal a very serious warning. However, that’s not the main reason for a looming armed conflict in the region, Elias said.

“In addition to other strikes launched by Israeli warplanes in Iraq, other regional and international developments indicate there may be a war on Iran,” Elias told THE REFERENCE.

“We should point out that war in this case will not necessarily by the use of bombs and missiles against Iran. In fact, just the sense of the Iranian political decision-maker of looming war is actually war,” he said, noting that the recent developments in Syria and Lebanon are messages to Iran.

“As Tehran cannot retaliate directly, the most possible scenario is that its affiliates will attack Israel. Generally speaking, Iran cannot fight on various fronts. That would be dangerous to Iran's national security,” he added.