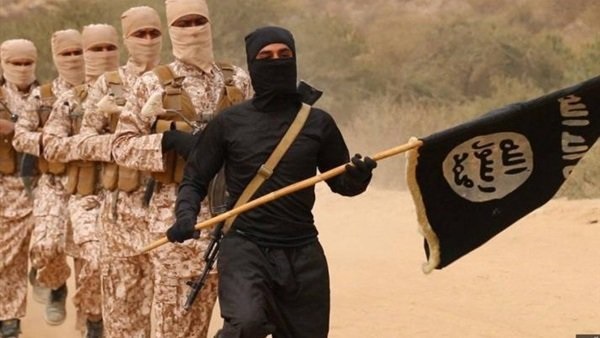 Religions, in general, are highly respected in the Middle East, where Islam in particular, is treated as the holiest matter. However, terrorist groups have tarnished the image of Islam in the region and worldwide.

ISIS, aka Daesh, has used Islam as a means to realize its suspicious plots.  ISIS, or Daesh, is the topic of a book titled “Daesh: Knife Cuts Islam’s Throat”, which is co-authored Hisham El-Naggar and Nageh Ibrahim. The 152-page book was published in 2014 by Cairo-based Dar El Shorouk.

The book consists of 4 chapters. Each chapter deals with an independent question raised by the authors.

The authors pointed out how the so-called Arab Spring revolutions contributed to the emergence of Islamist groups and terrorist organizations. The researchers cited a number of terrorist groups like ISIS in Iraq, al-Nusra and the Free Syrian Army in Syria, Ansar al-Sharia in Libya, Hezbollah in Lebanon, Hamas in Palestine, and the Houthis in Yemen.

The book discussed the emergence of ISIS, which is an offspring of al-Qaeda. It was first created by Abu Musab al-Zarqawi in 2004, and launched later in 2006 by Abu Omar al-Baghdadi.

The authors stress that ISIS is a Western-made organization to fragment leading Arab countries through sectarian conflicts, like what happened in Iraq, Libya, Sudan, Syria and other countries.

The authors also discussed the differences between the ISIS and al-Qaeda. ISIS is an imperial entity that aims to lead other jihadist movements to establish its own empire.

However,, al-Qaeda seems to be independent organization which is not interested in being engaged in conflicts with other Islamist groups. It has no intention to clash with its social environment. It is focused on fighting the United States.

The authors believe that ISIS has contributed to distorting the image of Islamic civilization through its atrocities and barbaric conducts.