Trump Under Fire from American Jews over Loyalty Questions 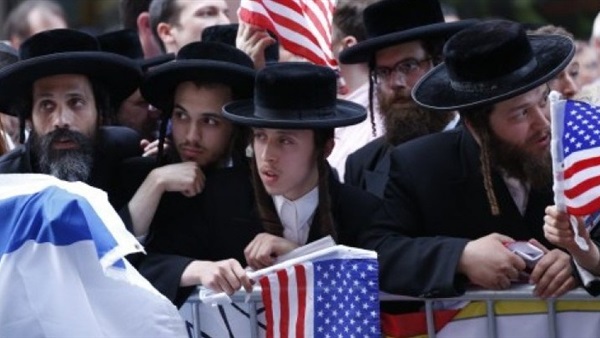 US President Donald Trump has been hit by a wave of criticism after accusing Jewish Democratic voters of having “a total lack of knowledge or great disloyalty."

"Where has the Democratic party gone?" Trump asked in remarks on Tuesday night while criticizing Democratic politicians who support a boycott of the Jewish state.

He added: "I think any Jewish people that vote for a Democrat, I think it shows either a total lack of knowledge or great disloyalty."

The comments were part of his ongoing attacks on Democratic Congresswomen Rashida Tlaib and Ilhan Omar, who support a boycott of the Jewish state over its treatment of the Palestinians.

“It is dangerous and shameful for President Trump to attack the large majority of the American Jewish community as unintelligent and ‘disloyal.’ But it is no surprise that the president’s racist, disingenuous attacks on progressive women of color in Congress have now transitioned into smears against Jews," said Logan Bayroff, a spokesman for the progressive American Jewish group J Street.

“American Jews – like all Americans – have a range of political views,” he said in a statement.

Trump’s “assessment of their knowledge or loyalty, based on their party preference, is divisive, disrespectful, and unwelcome,” he adde

Jonathan Greenblatt, the CEO of the Anti-Defamation League, said on Twitter that it’s unclear who Trump is claiming Jews would be “disloyal” to, but charges of disloyalty have long been used to attack Jews.

Despite the denouncement, some of Trump’s allies defended his comments, saying it was a result of frustration because many Democrats are in favor of unwanted comments against Israel.

Executive Director of Republican Jewish Coalition (RJC) Matt Brooks said: “There is a growing cancer within the Democratic Party right now of people who are supportive of BDS, who are advocating a shift in the US-Israel relationship away from the strong bond that exists now between this administration and the government in Israel.”

He added that the views of Omar and Tlaib go beyond “the center of gravity in the Democratic Party.”