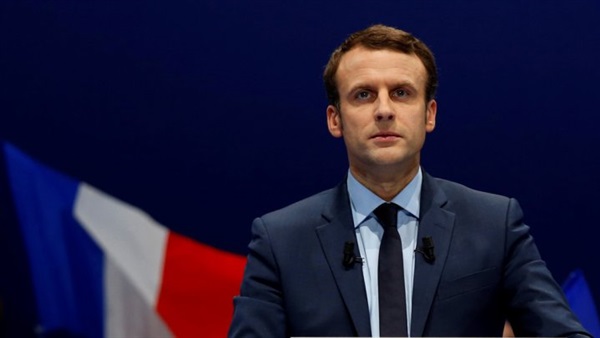 Boris Johnson received a more cordial welcome than he might have expected last night when he met the German chancellor, Angela Merkel, in Berlin on his first trip abroad as PM. But today he is in Paris for lunch with the French president, Emmanuel Macron, and their exchanges might be considerably more prickly.

Macron has repeatedly accused the leave campaign, that Johnson led, of lying to the British public, of all the main EU leaders he has been least willing to make concessions to the UK over Brexit, and yesterday, in a two-and-a-half hour briefing with journalists (not mainly about Johnson – the UK is not that important to France – it was a marathon event because Macron is hosting the G7 summit at the weekend) Macron delivered two very unpalatable messages for his British counterpart.

Macron said that renegotiating the EU withdrawal agreement was “not an option”. Johnson says, without a renegotiation, there will be no Brexit deal.

The British are attached to being a great power, a member of the security council. The point can’t be to exit Europe and say ‘we’ll be stronger’, before in the end, becoming the junior partner of the United States, which are acting more and more hegemonically.

In a particularly neat twist, using the language of Brexiters to contest one of the main claims of the Brexit project, Macron even suggested that outside the EU, instead of being released from European vassalage, Britain would end up a vassal state of the US.

There are more accounts of what Macron said at his briefing at the Guardian, at HuffPost, at Politico Europe and at Reuters.

My colleague Angelique Chrisafis has written a preview of the Macron/Johnson meeting which has some very good background on their relationship. Here is an extract.

Johnson began pinpointing France as a problem long before he became PM. While being filmed for a documentary last year when he was foreign secretary, he said of France: “Why are they trying to shaft us?” He called France “naughty children” on the issue of Europe. He later denied he had called the French “turds” over Brexit.

Johnson is well known in Paris for what the local media call his “French-bashing” for a domestic audience, notably as London mayor when he said his city’s bike scheme was a Rolls-Royce to Paris’s Citroën 2CV. He said the Socialist government at the time, with its proposed high tax rate on the very rich, had been “captured by sans-culottes” running a “tyranny” of the like not seen since the French Revolution.

“To be popular in the UK, do you always have to criticise the French?” one French interviewer asked him as mayor. “No, not at all,” he replied, saying he loved France.

Johnson is due to meet Macron at 12pm UK time. They are not due to hold a press conference, but both leaders are expected to make short statements to the media.

Otherwise the diary is relatively light today. At 9.30am the Office for National Statistics is publishing migration figures, and at some point Liz Truss, the international trade secretary, is chairing the first meeting of the Freeports advisory panel.

As usual, I will be covering breaking political news as it happens, as well as bringing you the best reaction, comment and analysis from the web. I plan to publish a summary when I wrap up.

You can read all the latest Guardian politics articles here. Here is the Politico Europe roundup of this morning’s political news. And here is the PoliticsHome list of today’s top 10 must-reads.

I try to monitor the comments below the line (BTL) but it is impossible to read them all. If you have a direct question, do include “Andrew” in it somewhere and I’m more likely to find it. I do try to answer questions, and if they are of general interest, I will post the question and reply above the line (ATL), although I can’t promise to do this for everyone.

If you want to attract my attention quickly, it is probably better to use Twitter.