CEMO seminar on human rights and the stability of states 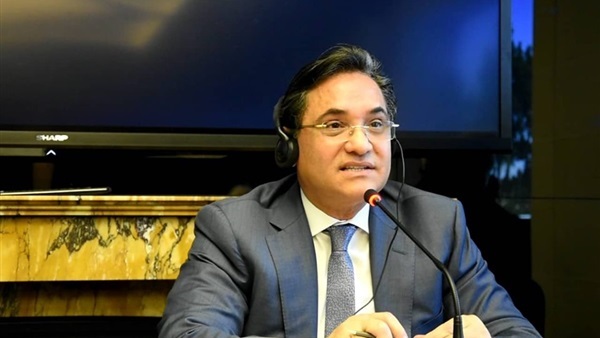 The Center for Middle East Studies in Paris (CEMO), which is headed by renowned journalist Abdel Rahim Ali, will hold its monthly breakfast seminar on August 24, at 10:00 am, at its headquarters in the French capital.

The seminar will put human rights at the center of its discussions. At the center of the discussions will also be attempts by the outlawed Muslim Brotherhood to use human rights to serve its political interests and incite Western media, using the same issue as a pretext, to destabilize states and implement its terrorist agenda.

The seminar coincides with the G7 summit which will be held in Biarritz, on the southwestern French Basque coast between August 24 and 26. Egyptian President Abdel Fattah al-Sisi will attend the summit.

Mariam Benrand, a political violence specialist at the Arab and Islamic World Research and Studies Institute of the French Ministry of Higher Education, will speak at the seminar. Benrand is also an advisor of the International Development Agency. She will discuss calls for giving French jihadists, especially in Iraq, a fair trial.

Renowned Middle Eastern affairs specialist Roland Lombardi will also speak about the abuse of Western values by the Islamists.

Renowned researcher Joachim Veliocas will also speak about interference by foreign states with the aim of backing the Muslim Brotherhood, using the issue of human rights. He will especially focus on the cases of Turkey and Qatar.

A host of French media figures is expected to attend the seminar, including Gail Machlis, the managing editor-in-chief of the famous French site, Cozour and Romane Aughart, who directed a number of French documentaries on the conflict in Libya.

Ali will open the seminar. He will talk about the controversial nature of Western media discourse when it comes to human rights, its focus on some rights and its neglect of other rights.