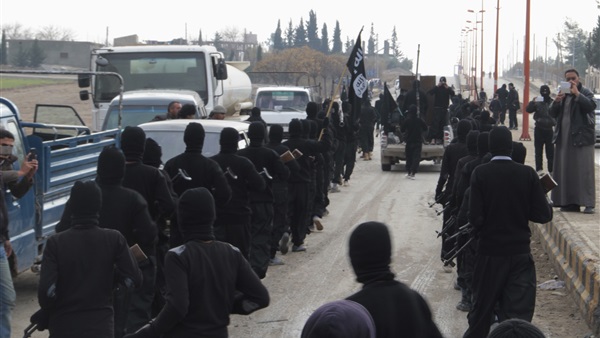 Though US President Trump hailed a total defeat of Daesh terror group this year, defense officials in the region see things differently, acknowledging that what remains of the terrorist group is here to stay, The New York Times said in a report published on its website.

A recent inspector general’s report warned that a drawdown this year from 2,000 American forces in Syria to less than half of that, ordered by President Trump, has meant the American military has had to cut back support for Syrian partner forces fighting Daesh. For now, American and international forces can only try to ensure that Daesh remains contained and away from urban areas.

Although there is little concern that Daesh will reclaim its former physical territory that was once the size of Britain and controlled the lives of up to 12 million people, the terrorist group has still mobilized as many as 18,000 remaining fighters in Iraq and Syria. These sleeper cells and strike teams have carried out sniper attacks, ambushes, kidnappings and assassinations against security forces and community leaders.

Daesh can still tap a large war chest of as much as $400 million, which has been hidden in either Iraq and Syria or smuggled into neighboring countries for safekeeping. It is also believed to have invested in businesses. And Daesh uses extortion to finance clandestine operations: Farmers in northern Iraq who refuse to pay have had their crops burned to the ground.

Over the past several months, the terrorist group has made inroads into a sprawling tent camp in northeast Syria, and there is no ready plan to deal with the 70,000 people there, including thousands of family members of ISIS fighters.

American intelligence officials say the Al Hol camp, managed by Syrian Kurdish allies with little aid or security, is evolving into a hotbed of Daesh ideology and a huge breeding ground for future terrorists.

These trends, described by Iraqi, American and other Western intelligence and military officials, and documented in a recent series of government and United Nations assessments, portray Daesh on the rise again. This resurgence poses threats to American interests and allies, as the Trump administration draws down American troops in Syria and shifts its focus in the Middle East to a looming confrontation with Iran.