What is the future of the terrorist diaspora? 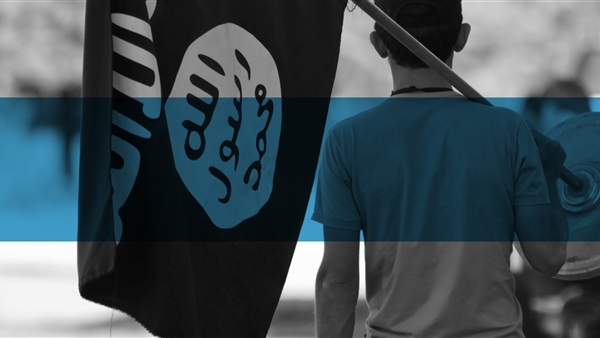 In his latest book, Beyond the Caliphate, ISIS and the Future of the Diaspora, Colin Clarke, a researcher at the International Center for Counter-Terrorism in the Hague, reviews a hypothesis that the alleged succession experience in ISIS is the culmination of an unusual development in the activity of terrorist groups and an innovative phenomenon from different aspects that tries to develop an analytical conception of the future of the terrorist organization after the collapse of the caliphate.

Clark begins the June 2019 book by the British Bolty Center, defining the phenomenon of terrorism, and poses some questions about the origins and development of Islamist ideology as a cornerstone of the ideological trend of modern terrorism.

In the opinion of Clark, this fatwa identified the differences between terrorism in order to attack or defend, and then proceeded to discuss al-Qaeda in its current form. Is it an organization or movement or ideology? Al-Qaida's central leadership had an organizational structure that included many committees and procedures, and its branches and inspiring individuals often acted very independently.

Clarke linked the actions of al-Qaeda branches and individuals to the concept of jihad without a leader, explained by al-Qaeda's Abu Musab al-Suri, and concluded that al-Qaeda was in many ways an idea rather than an organization. ISIS, which from the outset adopted this systematic organization, became either from the high command to the lower ranks in it.

The author then turns to ISIS which attracted some 43,000 foreign fighters from more than 120 countries, but according to the organization's terrorist documents, ISIS considered that only 5 per cent of incoming recruits had a strong knowledge of Islam, while 70 per cent described them as they have only a basic understanding of religion.

In the book, Clark points to an ongoing debate among researchers about the nature of ISIS recruits, including Rick Colcette, who argues that joining ISIS is merely a shift to another form of deviant behavior that comes right after belonging to street gangs, riots, and trafficking.

The author reviews an additional distinction between al-Qaeda and ISIS in terms of violence and tactics.

The most important element from the author's point of view is the caliphate itself, and how future terrorists will build on the idea of ​​a recent caliphate achieved by the Islamic State terrorist organization.