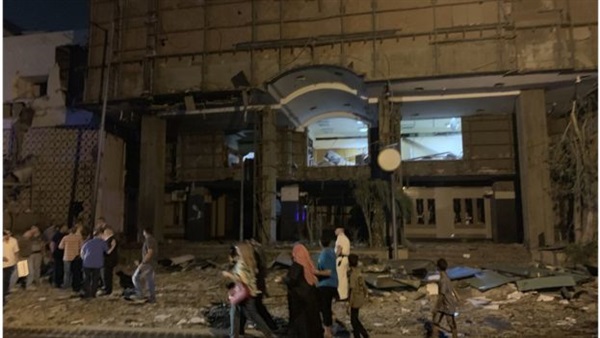 Egypt’s security forces found a recorded phone call between two of the terrorists affiliated with Hasm outlawed group, as they were wondering about the whereabouts of “Abdul Rahman Khaled”, the terrorist announced to be behind the blast, which killed nearly 22 civilians.

In the phone call, recorded by terrorist, Husam Adel Ahmed, both of Fugitive “Mohamed Ayesh”, and Abdul Rahman’s brother “Ibrahim Khaled” were discussing about the current location of Abdul Rahman.

Ibrahim told Ayesh that his brother called him during the last period from unknown number and asked him not to call, and that he will be reaching out for him from time to time.

Egypt’s ministry of interior has identified the terrorist who was involved in the National Cancer Institute explosion, killing nearly 22 civilian last Sunday night.

In a Thursday statement, Egypt’s Ministry of Interior announced that the terrorist behind the National Cancer Institute explosion’s name was “Abdul Rahman Khaled Mahmoud”, aged 24 years old. Mahmoud was a resident of Fayoum governorate and wanted for being involved in another terrorism cases since 2018.

The investigations also led the authorities to other terrorist elements affiliated with Hasm terrorist group, of which Mahmoud was a member of it.